This post is part of a virtual book tour organized by Bewitching Book Tours.

You can see the other stops on the tour by clicking the tour banner. Thanks to the author for answering a few of our prying questions!

Why middle grade fiction? What draws you to it?

It’s kind of a round-about answer, but here it is. I’ve always liked to write, but I originally became interested in writing books because I wanted to illustrate them. About the same time that I learned that publishers don’t want you to illustrate your own books unless you’re officially an “illustrator”, I also realized that I like to write more than 800 words. Problem solved. The material I liked as a child and still do includes pirates and creepy creatures, which are perfect subjects for middle graders but not always good for the picture book crowd. I also like to write material geared toward getting boys interested in reading. It’s fun for me to write fast-paced action-adventures.

Dark chocolate. I love the stuff, and it’s supposed to be good for you—in moderation, of course. I can even pass up milk chocolate, but I get cravings for Hershey’s dark when I’m stressed out. A close second is an awesome chocolate chip coffee cake that I bake—with semi-sweet chocolate chips. I just took one out of the oven, so I’m smelling it as I’m writing about it…

That’s an easy one. The power of instant transport. If I could get from point A to point B in the blink of an eye, I could have so much extra time in my day. Some days, it feels like I spend three hours in my car driving back and forth..and that doesn’t include the waiting-in-the-car time at the final destination when I’m the driver for Mom’s Taxi Service. It not only would save time, but just think how mind-blowing it would be to pop over to any destination that I’m writing about instead of scouring the Internet for info. I could vacation anywhere and return home in a flash at the end of the day to sleep in my own comfy bed.

There is no book on my nightstand, but there is one on my computer. I’m getting a sneak peek at the Scarlet Envy, the sequel to Scarlet Revenge written by a close friend of mine, Ann McGinnis. It’s a mystery romance, which isn’t my usual type of book, but it’s hooked me pretty good with the mystery aspect.

My choice is purely from a ‘who can help me get off the island the fastest’ standpoint. I’d have to go with whoever placed the white magic on the pendant. By the way, I know who it is, but I don’t want to leak a spoiler. Readers can find out the magician’s identity in The Zombie Upstairs. Since white or light magic is good magic, I’d feel like they would be able to conjure up an escape plan that didn’t involve evil. And they wouldn’t be tempted to turn me into a zombie, either.

The Zombie Next Door

For the sleepy, seaside town of Vivian, life is usually just another day at the beach until a rash of bizarre robberies occur with one thing in common—the DNA lifted from the crime scene belongs to a dead man. Fourteen-year-old Goldie Rich is hardly concerned about that. She has enough problems dealing with her annoying guardian for the summer, older sister Gema.

Goldie’s problems escalate when she finds a pendant necklace washed up on the beach. The pendant contains the souls of zombies created by an evil sorcerer. Goldie must wear the necklace until she frees the souls, but to accomplish this, she has to confront the zombies face to face.

Goldie seeks help from her best friend, eccentric and free-spirited Rita. Although the pair’s zombie hunting exploits get them into huge trouble, they uncover the truth about the town’s robberies and how the secrets of Goldie’s past will define her future.

Friday the thirteenth. Bad things happen. Superstition, right? Wrong. My day started off on a downward slide when I rolled out of bed. My bare feet didn’t sink into the soft, dry carpet like they always did. Instead, a warm, gooey substance oozed between my toes. Before I could slip my glasses on, the unmistakable odor of dog poop drifted by.

Right then, I should have poured hand sanitizer on my feet, cleaned the carpet, and gone back to bed, but I couldn’t. I was facing the dreaded math section of testing in my second to last week of eighth grade at Vivian Middle School. My anticipated last week as a Vivian Sea Turtle.

“Goldie, are you up, yet?” my sister, Gema, screamed from downstairs. “Goldie, did you hear me?”

While I stood in a pile of poop, the annoying factor of Gema’s screeching voice was magnified by a million.

After I took a deep, calming yoga breath, I screamed back. “I’m up already.”

The deep breath didn’t really calm me at all, and I made sure my answer sounded heavy with attitude on purpose. Gema had been driving me nuts, and it was only the first week of my three-month sentence. This was going to be a long summer. Come to think of it, it seemed like Friday the thirteenth all week.

Besides not having time to eat breakfast, I couldn’t find my favorite earrings or a matching pair of shoes. I showed up five minutes late for school, choked on the probability section of the math test, and swapped radius for diameter. By the time the final school bell rang, I sprinted away from school in tears and headed for my favorite get away spot. The beach.

Rita was thrilled to go with me even in my pathetic state, but that’s how best friends are.

I closed my eyes and took a deep breath of the salty air. The breeze blowing through my hair, sun warming my face, and harmony in the waves sent me to another place. A beautiful island where there wasn’t school or screaming sisters. I loved the feel of warm, grainy sand, instead of dog poop, squishing between my toes. Nothing beat the feeling.

I was brought back to reality with a nudge from Rita. “Earth to Goldie. Let’s head over to the pier.”

As I gazed toward the pier, the beach was creepily deserted. Not that this narrow half-sandy, half-rocky strip of Vivian ever was overly crowded, but today, only a few sunbathers, joggers, and hobos were scattered about. I was really glad Rita tagged along because this scenario seemed like a good opening for a horror movie. After all, it was still Friday the thirteenth. “Isn’t it weird how empty the beach is for the middle of the afternoon? Why do you think? There’s not a cloud in the sky and it’s hot.”

Rita tied a side knot in her pumpkin-colored tee making the stack of bangle bracelets jingling up and down her arm sound like sleigh bells. “No idea.” She tightened her ponytails by pulling two sections of hair in opposite directions. They sprouted from the top of her head and were streaked with neon orange gel to match her ‘mood of the week’. “It’s more of a mystery why you’re such a downer on a beautiful day. Especially a Friday. And with the math exam over and only one final left before summer break.” Rita improved a cheer. “Then we’re gonna be high-schoolers!” 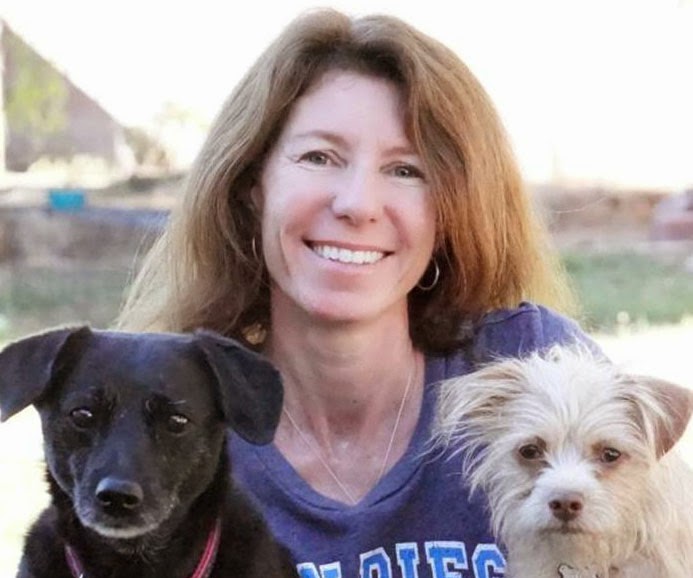 After working an assortment of jobs which include a computer programmer, marketing director, and substitute teacher, T.W. Kirchner decided to concentrate on her second loves, writing and art. Her first loves are her husband, two children, and furry menagerie known as the Kirchner Zoo. Other published books by T.W. Kirchner include Pirates Off the Deep End and Pirates Off the Wall.