How to Draw Cool Stuff by Catherine V. Holmes

This post is part of a virtual book tour organized by Goddess Fish Promotions. Catherine will be awarding a $50 Amazon or B/N GC to a randomly drawn winner, and another winner will receive a print copy of How to Draw Cool Stuff (international) both via rafflecopter during the tour. 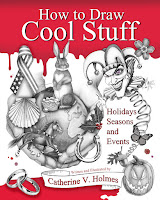 How to Draw Cool Stuff: Holidays, Seasons and Events is a step-by-step drawing guide that illustrates popular celebrations, holidays and events for your drawing pleasure. From the Chinese New Year to April Fools' Day, Father's Day to Halloween, Christmas and New Year’s Eve - this book covers over 100 fun days, holidays, seasons and events, and offers simple lessons that will teach you how to draw like a pro and get you in the spirit of whichever season it may be!

This book evolved out of necessity. After exploring art catalogs and libraries and wading through the "how to draw" section of book stores, I found a few good resources but none that had all the qualities I was looking for in a drawing book. Some ideas were too basic and often insulting to my older, more artistic students. Other material seemed to serve as a showcase for beautiful artwork but lacked any concrete instruction.

As a "travelling" art teacher with a limited budget and limited preparation time, I need a single resource that is easy to transport and can be used to teach all levels of students from middle school to high school and beyond. This book was created to fill that need and I want to share it with teachers and artists in similar situations. These projects will allow you to bring interesting and informative lessons that offer clear objectives and foster achievement without the need for expensive/multi-dimensional supplies: a regular pencil and eraser is all that is needed (sometimes a ruler or fine pen). Fancy art pencils, costly paper or kneaded erasers are not required for success. All pages have been student tested and approved.

Catherine V. Holmes is an art/ELA teacher and visual artist from historical Plymouth, Massachusetts. She studied at Boston University and at Bridgewater State College where she earned her BFA and MA in ED. She is currently working towards her second Master's from the University of Scranton. Catherine Holmes specializes in portraits, architecture and illustrations. Her art is inspired by her feelings, ideas, and experiences, whether they are found in nature, the media or in man-made structures. Catherine is also heavily influenced by the interests and suggestions of her students. "To see success through their eyes inspires me to be a better teacher and creator of art." 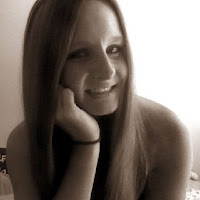