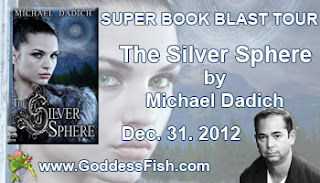 Today we're spotlighting author Michael Dadich on his tour with Goddess Fish Promotions for the YA fantasy novel, "The Silver Sphere".

Michael will be awarding a $75 Amazon GC to a randomly drawn commenter during this tour and his reviews tour, so comment today AND follow his tour (if you click on the banner above, it'll take you to a list of his tour stops)! The more you read and comment, the better your odds of winning. You could be introduced to a great new author AND win a GC! 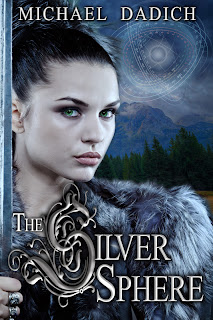 Shelby Pardow never imagined she could kill someone. All she wants to do is hide from her troubled father… when she is teleported to awaiting soldiers on the planet Azimuth. Here she is not a child, but Kin to one of the six Aulic Assembly members whom Malefic Cacoethes has drugged and imprisoned. He seeks to become dictator of this world (and then Earth by proxy).

His father, Biskara, is an evil celestial entity, tracked by the Assembly with an armillary device, The Silver Sphere. With the Assembly now deposed, Biskara directs Malefic and the Nightlanders to their strategic targets. Unless….

Can Shelby find the other Kin, and develop courage and combat skills? Can the Kin reassemble in time to release or replace the Assembly, overthrowing Malefic and restraining Biskara? 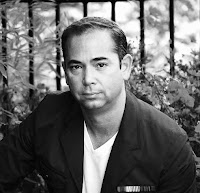 I’ve been writing since first setting pencil to steno pad at age 8. A year later, I began developing the world of my current series-in-progress, and even created its title, The Silver Sphere. Now, with the support of years of experience, those early maps and back stories have progressed into what I hope is a fresh and entertaining take on the classic young adult fantasy adventure.

Despite my frequent escapes into parallel worlds, I root myself firmly in my very real family and community. When not pacing the yard maniacally after every few pages of writing, I spend as much time as possible hanging out with my studly 9-year-old son, and my inspirational wife Jenna. I also coach several local youth sports teams in Beverly Hills, and alternate between yelling at my two crazy Corgis and hiking with my trained German Shepherd.

For more, join me in my favorite fantasy worlds, from Lord of the Rings to the creations of C.S. Lewis, Anne McCaffrey and Terry Brooks. Even more importantly, stop by and say hello on my Facebook page at AuthorMichaelDadich, tweet me at @MichaelDadich, and stalk my website at http://www.thesilversphere.org.org.
Posted by Books in the Hall at 12:01 AM