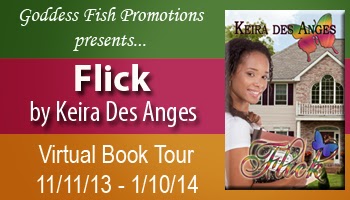 This post is part of a virtual book tour organized by Goddess Fish Promotions. Leave a comment for a chance to win a $50 Amazon gift card--the other stops on the tour can be seen by clicking the tour banner. Remember, the more you comment, the better your chances of winning.

Leanna Matthews enjoys flying below the radar. She does well in school, has a few close friends and hides the fact she’s an astral-traveling telekinetic. But there’s no escaping her creepy dreams or Simora, the bizarre little spirit lady, that suddenly pops out of nowhere to warn her against keeping secrets and predicts an encounter with a sinister evil. For the first time in forever someone…or something…is on to her.

But life turns around when Leanna meets Piper one sunny afternoon. She’s inexplicably drawn to him, almost as if she’s been waiting for him to come. Forbidden to have a boyfriend Leanna throws caution to the wind, lying to her family and friends to be with him, while ignoring Simora’s ominous message.

Yet Piper has a secret of his own. He is on a mission and Leanna, unwittingly, is the key.

Now, enjoy an except:
Leanna Matthews craved for ordinary in the least extraordinary way. She enjoyed a few close friends, shopping at the mall and perhaps a nice romance novel every now and again. Routine was good, early mornings were better…and life was extremely complicated.

She squirmed restlessly in Biology – the final, insufferable class of the day – listening to Ms. Alvarado drone on-and-on about non-polar bonds in her last, torturous act of the term. Somewhere between ‘atom’ and ‘electronegativity,’ Leanna nodded off, nearly conking her head on the desk while daydreaming of summer vacation: shopping, beach, friends, shopping, vacation, shopping, sun, shopping, but not necessarily in that order.

Someone snickered from behind, no doubt amused by her wobbly head, as her eyelids grew heavier. Shut-up Ms. Alvarado, she thought bitterly. Thank God that in less than 20 minutes ninth grade would be officially over! School, and all its stupid inhabitants (present company included), would be history for a good two months; or rather two months too short - but it didn’t matter. Somewhere a beach chair sat waiting on white, fluffy sand and a plane ticket had her name stamped all over it. The fun was just about to begin!

Or so she thought.

That next morning, instead of awakening to the sweet taste of freedom, Leanna lay whimpering, shivering feverishly in her sleep. She curled tightly into a knot as a tiny beam of light crept through the shutters while she slept, casting eerie shadows on the wall - one of which grew abnormally in size until completely encircling the white canopy bed. 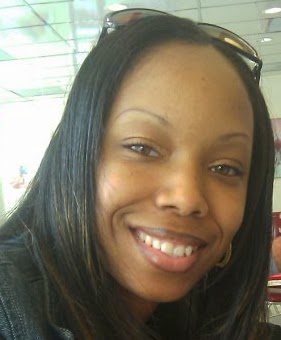 By day, Keira des Anges has the distinct pleasure of assisting teenagers with disabilities find employment, empowering one life at a time. By night, she is a chew toy for her dog and cat and avid reader of anything spooky, magical and totally out of this world. She lives in sunny Florida with her husband and two kids.