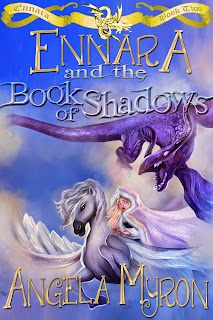 When strange accidents start happening around thirteen year-old necromancer Ennara and her
friends, she must search for the mysterious stolen artifacts causing the attacks while learning
the highest form of magic--the spells that could prevent the fruition of a terrible prophecy.

Ennara and her friends are back. A year has passed after the events in Ennara and the Fallen Druid. Ennar and Kithe are enrolled in the Acedemy (think Hogwarts), but not everyone is happy with her being there. And, things take a turn for the worse when artifacts begin disappearing and druids are being possessed.

Ennara and her friends are a year older and are having to face challenges of a different kind--including mean girls at school. And, when dangerous things begin happening around her, those people who do not want her at the Academy have a clear weapon at hand.

I enjoyed this book just as much as the last-- and there's a touch of romance blooming which makes a nice touch. I love first love stories, especially paired with action and magic, and this book has both. A third book is in the wings and I'm anxiously waiting news of when it will be out. Ms. Myron's website says it's a four book series, and I already know I'm going to be sad when it comes to an end. I love these characters! My rating: 5.

Ennara dashed through the statue’s legs to the center of the room. This would be her one
chance to get it right.

First, the Source. She focused on the clear light that was the source of all—the central
possibility that made her world and her magic.

Then, the enlightened ones. The familiar tinkling filled the air once more. The dim room
brightened slightly.

Finally, the creature before her. Kelach the Knight, a symbol of the gift of protection, twisted by
dark magic into a force of violent abandon. Ennara visualized the hero of legend, standing firm
at the tunnels of the Royal Way to ensure the people of Ililsa escaped the troll, goblin and wraith
army of the Fallen Druid Ardewynn.

A sense of peace, strength and determination settled on her. The giant statue turned and raised
his ax once more. He hesitated mid-swing. Was her meditation working? Ennara refocused,
calling on the Great Protector’s spirit.

A column of orange-red light burst into the room above her, momentarily enshrouding the statue
and herself. When it vanished, the room had shifted. She was no longer conjuring the great
protector, she was the great protector.

A deep, hearty voice filled her mind. Fear not, Ennara. Touch this damned image of my former
self. It will be freed from its dark curse.

Warm courage flooded her. Her stomach relaxed, her shoulders fell. The massive stone figure
roared as it plunged its huge angular blade down. Ennara breathed deeply into her belly. She
took a small step back and raised her hand. She lightly toughed the stone ax as it swung inches
from her face.

An orange-red shimmer crossed the stone, rippling through the statue. The monster’s fierce
expression softened, transforming once more into the courageous legendary soldier. He
seemed to regard her briefly, an intelligence crossing behind those blank eyes, and returned to
inanimate rock.

Ennara looked to her friends. She’d found the key to unlocking the spell on the statues. Now
she just had to use it on the others before it was too late. 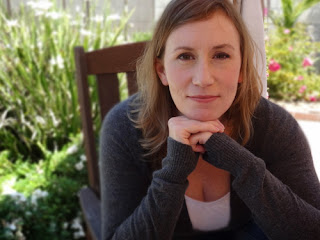 Angela Myron was born in Vancouver, Canada in 1973. She grew up in the piney forests of
southern British Columbia, studying tiny blue bells, dodging hidden cacti, and creating fantasy
worlds in her back yard. She loved to imagine lands of fairies and goblins, then invite friends
over to introduce them.

Angela studied biology and professional writing at university, starting her degree at the
University of Victoria in Canada and finishing it at San Francisco State University. She wrote
grant proposals for nonprofits, technical manuals for software, and freelance journalism before
writing fiction.