Taking the Reins by Katrina Abbott - Spotlight and Giveaway

NOTE: THIS BOOK IS CURRENTLY *FREE* EVERYWHERE IT’S AVAILABLE!! LINKS ARE BELOW.

This post is part of a virtual book tour organized by Goddess Fish Promotions. One lucky person will receive a $25 Amazon/BN GC via Rafflecopter. Click on the tour banner to see the other stops on the tour.

Brooklyn Prescott (if that’s even her real name) is the new girl at TheRosewood Academy for Academic Excellence, now that she’s moved back to the States after two years living in London. Rosewood, a boarding school for children of the rich and famous and known for its celebutantes, is missing just one element important to any junior’s education: boys. But luckily for Brooklyn, and the rest of theRosewood girls, there’s a boys’ boarding school, The Westwood Academy, just a few miles away.

On her very first day, Brooklyn meets Will, a gorgeous and flirty boy on campus to help with move in. But is he who she thinks he is? And what about Brady, the cute stable boy? Or Jared, the former child actor with his grown-up good looks who can always make her laugh? As Brooklyn settles in at Rosewood, she’s faced with new friends, new challenges and new opportunities to make herself into the girl she always wanted to be. Whoever that might be.

Taking The Reins is the first installment of The Rosewoods, an exciting new Young Adult series for readers who love fun, flirty love stories.

I should have felt insulated and safe in the back of the Town Car.

Instead, my heart was pounding like crazy as the driver pulled into the long circular drive that would bring me to the front of the Rosewood Academy for Academic Excellence—my new home for the next ten months. The windows of the car were tinted, so no one could see in, but as I was in one of several limos (mixed in with Range Rovers, Audis, Mercedes' and other cars of the famous and wealthy), no one really paid attention. And, gauging by the chaos on the front lawn of the school campus—registration, moving in, laughing and getting reacquainted—people were too wrapped up in their own stuff to notice a new girl, anyway.

I sighed and gave myself a couple moments to calm my nerves as the driver rolled to a stop at the curb. I took my long brown hair out of the ponytail holder, then second-guessed and put it back in again. Then realized it would look sloppy to have a ponytail, so I took it out one last time.

God, Brooklyn, get it together.

The driver put the car into park, turned halfway toward me and smiled. “This is it.”

“Yeah,” I said, glancing out at the crowd. There were several tables, including one with a banner that read, “Check in. Come here first.” Brilliant. At least that part was sorted. The fitting in and making friends part couldn’t possibly be quite so easy.

“It will be fine,” the driver assured me, as though he was reading my mind and standing in as my father or something, making me feel guilty that I’d forgotten his name already. “I hear it’s a good school.”

I almost snorted at his comment; Rosewood wasn’t a good school. Rosewood was the best school. 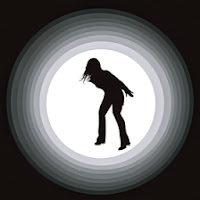 A survivor of adolescence, Katrina Abbott loves writing about teens: best friends, cute boys, kissing, drama. Her main vice is romance, but she’s been known to succumb to the occasional chocolate binge. She may or may not live in California with her husband, kids and several cats. Taking the Reins is not her first book. Visit Katrina online at www.katrinaabbott.com

Buy the book at Amazon, Barnes and Noble, iTunes, Kobo, or Google Play.

a Rafflecopter giveaway
Posted by Books in the Hall at 5:36 AM