Q&A with Mark Duncan, author of BRINGING UP MIKE

This post is part of a virtual book tour organized by Goddess Fish Promotions. Mark will be awarding a $50 Amazon or B/N GC to a randomly drawn winner via rafflecopter during the tour. Click on the tour banner to see the other stops on the tour.

Books in the Hall chats with Mark Duncan, author of BRINGING UP MIKE. Why Young Adult fiction? What draws you to it?

I love both ice cream and gelato. I live just north of Palo Alto, about a mile from Tin Pot Creamery, Gelataio, Scoop Microcreamery, Cream, Friche Yogurt, Palo Alto Creamery and Rick’s Ice Cream. While I particularly like Burgundy Cherry and Jamaican Almond Fudge, many of the new stores have unique flavors: Salted Butterscotch, Bourbon Vanilla with Salted Caramel, as well as a very intense Dark Chocolate.

The power to read woman’s minds! Sorry, this is actually a question that April poses to Joe when they go on a date to have pizza, followed by a movie, in Bringing Up Mike. But speaking as a man, won’t it be great?

Speaking of pizza, what are your favorite pizza toppings?

I love deep-dish Chicago style pizzas topped with extra tomatoes, artichoke and anchovies. It’s a great combination! The acidity of the tomatoes balances nicely with the bitterness of the anchovies, and sets off the artichoke hearts. Patxi’s Chicago Pizza in Palo Alto is my favorite place for this.

At the moment, I’m reading Fire by Kristin Cashore. It’s the prequel to Graceling that I just finished. Other books I’ve read in the past few weeks: All You Need is Kill by Hiroshi Sakurazaka, Red Rising by Pierce Brown, The Alchemist by Paulo Coelho, Poor Man’s Fight and Rich Man’s War by Elliott Kay, A Sword into Darkness by Thomas Mays, Lines of Departure by Marko Kloos. And of course, there’s a pile of non-fiction books, the most recent of which is The Intel Trinity by Michael Malone.

Hunger Games. I read The Hunger Games, Catching Fire, and Mockingjay during one week. I’ve seen the first two Hunger Games movies as well. I never could get into any of the Twilight novels, they just didn’t have any appeal for me.

What was your favorite childhood TV show?

I loved Rod Serling’s Twilight Zone. It always had something significant to say about the human condition—gender roles, racial relations, and other social views. Subsequently, I was quite fond of the first two seasons of Star Trek with William Shatner and Leonard Nemoy.

What’s your favorite hot beverage. Why?

I love hot chocolate! Particularly Mexican hot chocolate—that’s with cayenne pepper and cinnamon added to. It has a real kick to it. I like coffee, but it doesn’t like me—I can’t sleep at night after drinking it, so I only drink it occasionally, early in the morning when I need to stay awake.

Flying somewhere I’ve never been before, exploring the area, then renting a car or taking the train to the next nearby destination. No specific, particular plan—rather an open-ended exploration. Of course, this means avoiding peak travel or tourist times when accommodations become scarce. I’ve done this traveling to Europe and the Hawaiian islands.

Which of your characters would you most like to meet in real life? Why?

George’s father, Allen Barber is a professor emeritus at an East Coast university. He’s 82 and is a very sharp and insightful person. Martha’s father, Ed Alexander is a former U.S. Army Colonel. At age 75, he has traveled all over the world. He has an prosthesis on his lower leg, due to an IED having blown it off. Both of them have great stories and experiences to share.

Martha Barber, age 49, was a military brat. She’s expert with animals, handy with a gun, gardens and cooks. She makes quick, correct, decisive decisions under pressure. In a paintball battle, you want to be on her side.

Art, travel, education and gifts. I love art, my walls are covered with paintings, weavings and artwork. Travel expands my view and understanding of the world; it is incredibly stimulating. With money being no object, there are many university led tours around the world that lecture on their history and culture. In terms of helping people, helping them get a better education is very much like the difference between giving poor people fish, or teaching them how to fish. I’ve always felt good about the times and places where I was able to help someone.

What happens when Joe, a teen prodigy makes drastic changes to his life and attends high school incognito with Mike, an artificial intelligence? His plans take an unexpected turn when he buys a neglected former racehorse.

Bringing Up Mike is a tapestry of intertwined stories over the course of a school year: A teen genius who has grown up too fast, a neglected former racehorse, a bereaved couple morning the death of their son, a girl struggling to attend college, and a former mobster determined to be top dog.

Bringing Up Mike is about people given a second chance at happiness and success and how they become better people and mature.

Martha walked to the barn, the shotgun stock tucked firmly against her side, then stopped fifteen feet from the back of the horse trailer.

“Any reason why I shouldn’t shoot you trespassers?”

Three men who were struggling to get the stallion into the trailer froze. The fourth, a big burly man, stood in front of Martha, the horse directly behind him.

“This isn’t what you think. We’re retrieving our lost stallion,” said Sly.

“At dawn? Without asking permission?”

“It didn’t seem polite to wake you up so early.”

“Seems to me you sold him for four thousand dollars.”

“It was a joke to teach the kid a lesson. That horse is worth twenty thousand, I knew the contract wasn’t valid, because he’s a minor.”

“There’s no way I’d let that stallion go back to someone who starved him.”

“He had plenty of pasture! Once he learned not to bite the hand that fed him, he’d get his grain.”

As they talked, Sly edged closer to Martha, then tried to grab her shotgun. Martha pivoted, pointed the gun at the wheel on the horse trailer, and shot.

There was a CRACK-BANG as a burst of birdshot exploded the tire. Startled and frightened, Comanche reared up and dragged Reuben and Sam, who had wrapped lead ropes around their hands. Martha threw herself flat on the ground, followed by the crack of a bullet that stopped Sly in mid-step. 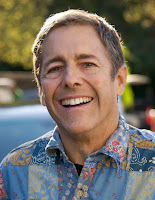 Mark Duncan grew up in Pasadena, not far from Caltech. In high school he spent Friday and Saturday nights at the Stanford Artificial Intelligence Lab (SAIL) and subsequently was a member of the Homebrew Computer Club. He received his BSEE from UC Berkeley. He has worked or consulted for numerous startups in Silicon Valley. He lives in Menlo Park, near Stanford and has written extensively on emerging technology topics. He enjoys photography, movies, theater, fine dining and has visited all 50 states and much of Europe. He is the author of Bringing Up Mike, www.askmarpublishing.com, mark@askmarpublishing.com