King of Bad by Kai Strand - Review and Giveaway 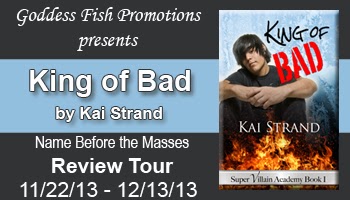 This review is part of a virtual book tour organized by Goddess Fish Promotions.  Kai will be awarding a $25 Amazon GC plus a signed book mark to a randomly drawn commenter during the tour (International) via the Rafflecopter at the end of this post. You can see the rest of the stops by clicking the tour banner.

Jeff Mean would rather set fires than follow rules or observe curfew. He wears his bad boy image like a favorite old hoodie; that is until he learns he has superpowers and is recruited by Super Villain Academy – where you learn to be good at being bad. In a school where one kid can evaporate all the water from your body and the girl you hang around with can perform psychic sex in your head, bad takes on a whole new meaning. Jeff wonders if he’s bad enough for SVA.

He may never find out. Classmates vilify him when he develops good manners. Then he’s kidnapped by those closest to him and left to wonder who is good and who is bad. His rescue is the climactic episode that balances good and evil in the super world. The catalyst – the girl he’s crushing on. A girlfriend and balancing the Supers is good, right? Or is it…bad?

My Review:  King of Bad starts strong.  The writer has a strong sense of characterization and did a fantastic job populating her story with distinct, unique people who were interesting and real (or as real as a school full of kids with super powers can be).
At first I struggled to like Jeff ... I'm just not an anti-hero fan.  But once he gets to the SVA, it's clear he's not a bad kid and he started to grow on me (especially when we see how much he loves his fish, Pucker).
I enjoyed watching him struggle through his learning curve, make friends (and enemies) and basically find his way in this new life that seems to have chosen him.  I admit to being a bit surprised at the sheer number of kids in these various schools, and had to really suspend my need for realism then, and I wasn't sure how I felt about his mom and dad once their secrets were shared.  I had some trouble believing how neatly they were able to get along in life.
Still, I was a huge fan of this book right to the end, which mostly confused me.  I read it three times, and I'm still not entirely certain what happened.  However, it the fault might just lie with me and I will rave again at the overall plot and, most importantly, the author's skill with wordsmithing. That alone would be enough for me to seek out her next release and give it a try.

“Oh, the Adonis?” Jeff’s heart fell. He’d no hope to thwart the god-like S.V. seated next to Oceanus.

“Not far off. People call him Set. The God of chaos, storm, wind. He’s a great guy.” Sarcasm wrapped around Source’s words. “Descended from a long line of super villains Known he’s an S.V. his whole life so came to the school ready to rule from what I hear. Real nasty character, even for an S.V. You don’t want to piss him off.”

His stomach knotted. Had the academy turned him into a coward?

Source chuckled. “Don’t worry. You’ll get a name and things will settle into some sort of normal. Once we figure out what your root ability is, I’ll help you develop it. Though, after your hulk impersonation, I doubt anyone will dare taunt you.”

Jeff felt the anxiety lift. Source was okay for a bad guy. 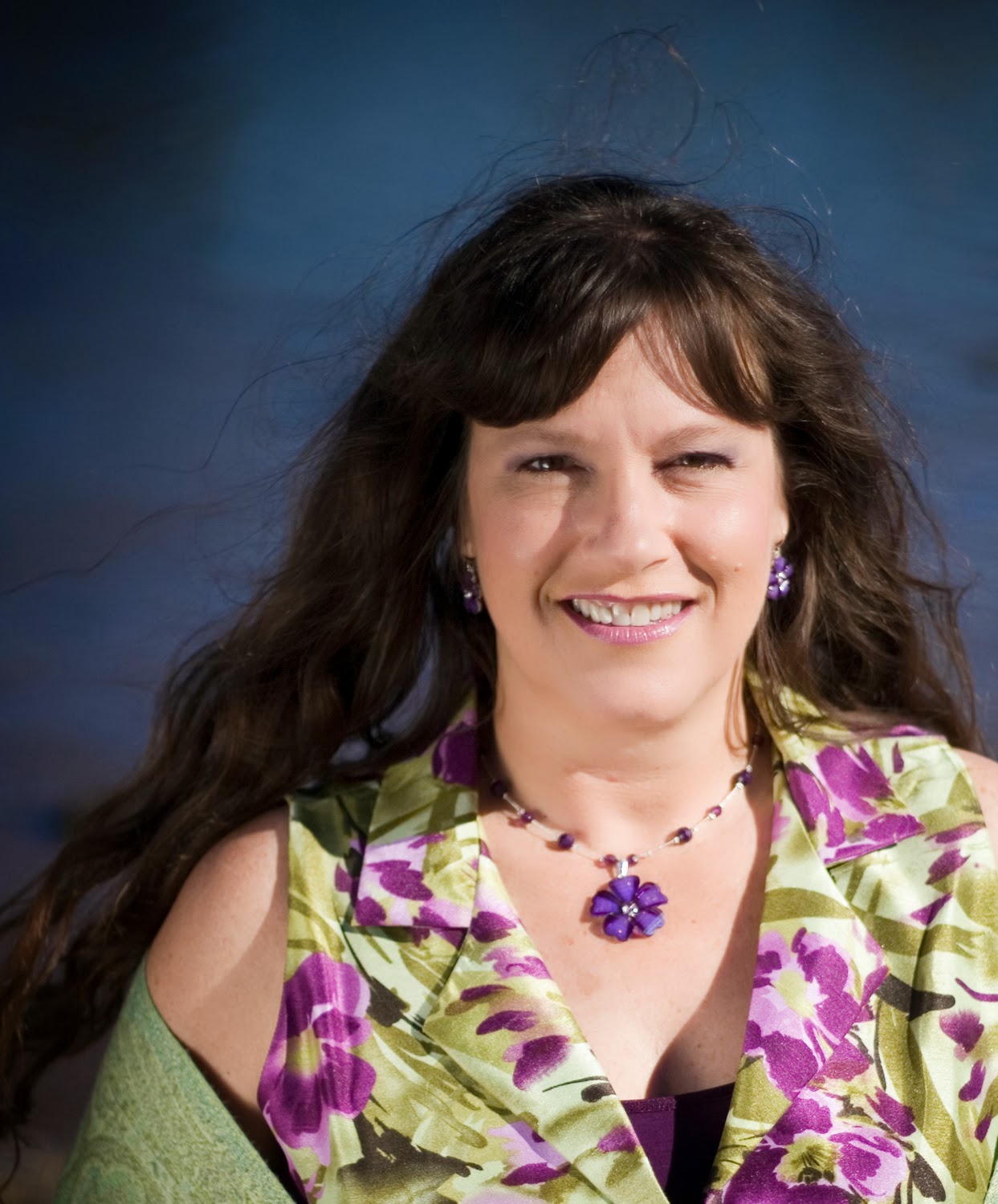 When the electricity winked out, Kai Strand gathered her family around the fireplace and they told stories, one sentence at a time. Her boys were rather fond of the ending, “And then everybody died, the end.” Now an award winning children’s author, Kai crafts fiction for kids and teens to provide an escape hatch from their reality. With a selection of novels for young adult and middle grade readers and short stories for younger children Kai entertains children of all ages, and their adults. Visit Kai’s website, www.kaistrand.com, to browse her books, download companion materials or to find all her online haunts.

Add it to Goodreads: