Welcome to Dianne Kirtley today, touring with her YA book, "Point of Departure".  She kindly answered my questions.

Charlotte Mailliard, the protagonist of Point of Departure is 14, a tremendously pivotal time for a young woman. For all of her fourteen years, she has been raised and educated in a privileged society. Suddenly it is all ripped away from her and she is sure life is over. Don’t most 14 year-olds think life as they know it is over with the slightest change?

Well, in the 19th century, school lockers didn’t exist, but if Charlotte had opened hers, she would see her favorite book, History of Maria Antoinette, her graphite sticks for her flower sketches and some johnnycake wrapped in a clean cloth.

I think I always wanted to be a teacher and played at being a teacher to younger children and friends. I wanted everyone to know what I knew and also to feel the passion I felt for so many issues.

Have confidence in yourself and don’t let others’ negative opinions affect you. You really are as good as anyone else.

I always got candy, or equivalent, never coal. I was the only child, and apple of my father’s eye.

I would love to have the superpower to make people act for good. Okay, it’s the beauty queen, “I really want world peace” answer, but I really mean it. It’s so incredible to think of the evil that exists in the world when you read things like the attack on the young woman in India, the current tension due to No. Korea, etc., etc.

POD begins in 1841 when Charlotte Mailliard and her French family migrate to Illinois, the western frontier. There she learns the power of love, the impact of loss, and as she matures the resolve to continue living despite life’s changes and the cancer of war.

My ideal vacation would be to spend every other day playing 18 holes of golf, and, of course, getting at least one hole-in-one during each round. Then we’d go out and celebrate with friends, and I, magnanimously, could afford to pay for everyone’s dinners.

My absolute favorite class in high school was a senior level Current Affairs class taught by Miss Hampton. She was a no-nonsense lady whose class requirement was to read at least 25 pages every week from Newsweek, US News, and/or Time and synopsize our reading. I learned so much about what was occurring in the world and, hopefully, expanded my view of life beyond my own suburban high school. I believe her influence impacted my choice of studying world literature and later majoring not only in English, but also in Russian language and literature.

Thank you, Miss Hampton, wherever you are.

It is 1841, and fourteen-year-old Charlotte Mailliard should be concerned with French fashion, French tradition and her studies with her classmates, Napoleon Bonaparte’s nephews. Instead, her Papa has decided to move his family to America. Now Charlotte can only think of a strange state called Illinois and the “savages” she will encounter on her long journey. No one could forsee that the family’s trek to that frontier would bring them to a Kentucky slave auction, an experience that would forever change their lives.

Two decades earlier, another Frenchman, Henri Moreau, a street urchin of Paris, had made his way to that same Illinois, where life was a pleasant mix of his and native customs. But in 1832, that peace was destroyed by the Blackhawk War, an event that tragically impacted Henri and his family.

As the nation and the Mailliard and Moreau families mature, it is the common theme of war that causes Charlotte to realize she is but one cog in the endless cycle of love and loss, the bane of a country where another Illinois native son will not abide “a house divided.”

Charlotte sat in the huge window seat with her head buried in her knees. Mama would of course reprimand her for such an unlady-like posture, but at this point she was beyond caring about what Mama—or Papa, for that matter—would think.

She wanted to be angry at someone for this terrible upheaval in her life, and they were the two most likely candidates. She could also be equally angry at her incredibly annoying brother Amedee, at twelve, two years younger than she, and yes, even Napoleon, who at one made her life miserable with his incessant squalling.

Even the baby’s name was an irritant.

“I’m supposed to be speaking nothing but English for practice, they tell me, and yet they name the infant Napoleon,” Charlotte said outloud. “What possible sense does that make?” When one is fourteen, well, actually thirteen and a half, parents can indeed be most troublesome and unreasonable.

In a few minutes the carriage would come to begin the Mailliard family’s journey to Calais, then to Liverpool, England, where they would board the steam ship Commerce, which would take them to America, their new home. Papa said first they would stop at New Jersey to visit Uncle Louis at King Joseph’s estate at Point Breeze, then westward from there. They would be traveling for three months before they reached their final destination.

In a few minutes gone would be the life she had known: Florence, Paris, the residence of Mortefontaine, the splendor and ceremony of royal society, the coddling by Princess Charlotte, the tutors she had shared with the princes.

She also knew she would miss the teasing of those princes. Annoying and condescending as they could be, Charlotte had begun to appreciate their attention, and though she was still “the servants’ child,” all the Mailliards had been treated more like family than servants. Indeed Papa and Mama, Eloi and Amanda Mailliard, had served the Bonaparte family as confidential attendants for many years, including the difficult ones after Emperor Napoleon’s demise. She had also heard of Papa’s brother, Uncle Louis, and the dangerous journey he had undertaken to transport many of the riches of the Bonaparate family to a safe Swiss hideaway. Papa had told Charlotte that the royal family had promised that the bond between them and the Mailliards would never be forgotten.

As Charlotte looked out the beautiful large window of the chateau, she could remember so easily the many times she had anxiously anticipated the sounds of carriages that brought so many elegant ladies to the very room where she now dreaded hearing those sounds.

She remembered seeing the beautiful Princess Charlotte, for whom she was named, walking through the doors.

Mama would say in her most elegant French, “This is your godmother, Charlotte. What an honor has been given to you to be named for one of the Emperor’s nieces. And our dear Prince Napoleon Louis is your godfather.”

But Charlotte’s name was not the only benefit for the Mailliard family. She had heard Papa mention the yearly stipend that they would receive from the Bonapartes. Charlotte had also seen Mama sewing opals and rubies, more gifts from the illustrious family, into the hem of her dress. She also realized that the greatest treasure they would be carrying was perhaps the most remarkable gift, Raphael’s painting Ecce Homo, with which Papa had taken great care as he wrapped the priceless work. He had told Charlotte that he hoped these treasures would help to establish them in their new home, Illinois.

The name of that American state was so strange to her tongue, a tongue used to forming the beautiful, melodious sounds of her two native languages, French and Italian. How incredible that within a short time she must abandon those words and be speaking only the ugly sounds of English. She might as well be made to speak German! 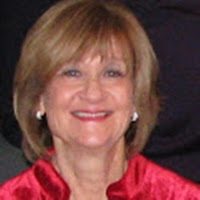 Dianne Kirtley taught English, Journalism, and Creative Writing at Nazareth Academy, a college prep high school in LaGrange Park, Illinois, for twenty-five years.. During that time she also chaired the English Department and was Director of Public Relations.

The historical novel, Point of Departure, is her most researched project and was inspired by the discovery of information about one of her husband's ancestors whose family were personal attendants to the Bonabartes.

"When I first began the investigation of Charlotte Mailliard, reading her letters and visiting the places where she lived and the very cemetery where she and her family were buried, I felt her story begged to be told. After seven years of work, I hope she would be pleased with my effort."

Dianne attended Beloit College in Beloit, Wisconsin, received her B.A. from the University of Illinois, Chicago, and M.Ed. from Loyola University, Chicago.

In addition to her pursuit of writing, she has also been a member and president of the LaGrange Business and Professional Women's Organization. She is currently active in the Chicago Southwest Suburban Alumni Chapter of Delta Delta Delta sorority.