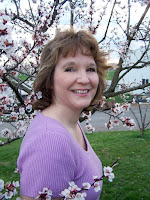 The Big Fat Mermaid by Dweezel and Pallie

This post is part of a virtual book tour organized by Goddess Fish Promotions. Dweezel and Pallie will be awarding a $30 Amazon/BN GC to a randomly drawn winner via rafflecopter during the tour. Click on the tour banner to see the other stops on the tour.

She's nasty, she's gross, and she's anything but little. All Aria the mermaid princess wants is to stuff her face full of food, but what happens when her dad, the king, tries to stop her? The answer: laughs beyond belief! Watch as Aria deals with her mean dad, a chubby-chasing prince, a harpoon wielding sea captain, and, in a grand final battle, the monstrous water witch herself.

Aria will bite, belch, and fart her way into your heart in this second installment of the Funny Stories for Kids series, brought to you by the famed Dweezel and Pallie.

Outside, at the prince’s stables, with the smell of hay and horse...

“Maybe the dancing was a little too much to start with,” said Daniel, wearing riding pants and readying a fine dappled mare. “A nice, peaceful ride in the country will be the perfect way to show you the principality!”

The horses legs began to shake.

“It’s too late,” said a man, holding the groom back. “There’s no helping her now…”

Dr. Dweezel and Professor Pallie have become famed in their respective fields for outstanding contributions. For nearly a decade they have collaborated on the recording of lost ancient texts and tales.

a Rafflecopter giveaway
Posted by Books in the Hall at 4:00 AM 14 comments: