The Girl by Victory Witherkeigh

This post is part of a virtual book tour organized by Goddess Fish Promotions. Victory Witherkeigh will be awarding a $10 Amazon/BN GC to a randomly drawn winner via rafflecopter during the tour. Click on the tour banner to see the other stops on the tour.

● Definitely snack packs of Gushers or dried mango or pineapple.
● A few of the 90s stretchy black chokers next to some fake Hibiscus hair clips
● A giant Zip-lock back of colored pencils and charcoal pencils with sketchbooks
● An entire package of super heavy maxi-pads with a box of Midol hiding behind every AP course textbook the school offers
● Pictures of her with her girlfriends covering a picture of a boy she’s not over but pretending otherwise.

I enjoyed reading R. L. Stine and Christopher Pike to Tolkien and C. S. Lewis as a kid. The first dark fantasy series I fell in love with was Garth Nix’s Abhorsen Series and Neil Gaiman’s The Sandman DC comics. I liked literature that always had a darker tone - The Count of Monte Cristo, Edgar Allan Poe, and Mary Shelley’s work. Every so often, I’d come across something I’d like unexpectedly, like The Alchemist by Paulo Coelho, but that came up because my childhood hero, Kobe Bryant, would recommend books, and I would devour his recommendations. Once in high school, a friend recommended the Game of Thrones series as it felt the most realistic for a change.

In the Philippines, there’s a treat my Lola always got - churros con chocolate. And it’s just as it sounds, fresh churros served with a side of melted or hot chocolate to dip into. It is one of those things I rarely see around, so when I find it, I have to get it. The other would be a Tahitian Vanilla crème brûlée, and it’s that specific because, on Tahiti, the vanilla is so superb that I can’t do any other strain of vanilla.

Team lump of coal all the way! Coal can keep your house warm, enable you to cook more food, etc. Honestly, my favorite holiday is Halloween to the Day of the Dead, not just because I write primarily in the Dark Fantasy/Horror genres. I find the end of the year holidays of Thanksgiving to New Year to be very often difficult, lonely, traumatic, and complicated, be it from family traumas or PTSD or just unmet, unrealistic expectations. And I think there can be callousness thrown at those who don’t put on a mask of faking the ‘holiday spirit’ as just being negative. There might be real pain and danger behind just pretending this season is fantastic for everyone all the time.

Breathing underwater. Disney’s The Little Mermaid came out during my formative childhood years. Being from a family of various Pacific Islanders, being proficient in ocean water from an early age was a big expectation. The idea of being able to swim for more extended and greater depths in the ocean to fulfill my dream of one day swimming with a ‘Honu’ (Tahitian/Hawaiian for turtle) would be enough to make me cry the happy tears of an anime character.

Hot chocolate or a hot toddy, simply because they remind me of being in Germany, Switzerland, and Iceland, traveling through the Black Forest, the Alps, or the glacial ice caves. The tour guides often brought along these beverages as a treat for us when we’d get to the most isolated portion of the nature section, be it a forest glade almost waist-deep in snow or the top of a mountain. These drinks would help bring back some much-needed core warmth to our systems since the temperatures would often be close to fifteen degrees Fahrenheit.

Samwise Gamgee because a hobbit could prepare any meal better than I could. Plus, I’d definitely have leftovers, and drinks would be better. Tinkerbell would be next because I could probably discuss a way to learn how to fly for hobbit food and since Samwise likes elves, this could be an exciting experience. Anne Shirley would be my third choice because her ability to use her imagination would just go nuts and spark amazing conversation or at least bring out a full poetic speech. Last, I think I’d go with Sita from The Last Vampire series by Christopher Pike, just for the nostalgia of meeting a character I remember enjoying as a kid, but also one that could settle the group down quickly.

This reminds me of a Richard Pryor film called Brewster’s Millions, which is, oddly enough, based on a novel from the early 1900s by the same name. I would like to donate half to a charity supporting female education in the Philippines and Tahiti, so a quarter of a million to each island setting. The other half would go to an education fund for my goddaughter, and then I’d used the last quarter million on crazy things Rodeo drive for my office, home decor, or wardrobe.

My favorite class in high school was Advanced Geometry. My teacher for that class was a wonderfully brilliant woman who was passionate about mathematics and loved theorems. Because of her enthusiasm and passion, she’s so excited about teaching that it was impossible not to participate in the class’s infectiousness. It allowed me to be part of one of her highest performers for the course. I found out later that she had been telling the other math teachers that I would be one of the most gifted math students she’d ever seen, which, as a female who enjoyed her STEM coursework through college, was a tremendous compliment. 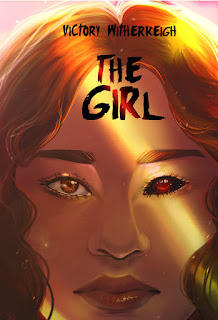 The parents knew it had been a mistake to have a girl. At birth, the girl’s long, elegant fingers wriggled and grasped forward, motioning to strangle the very air from her mother’s lungs. As she grew older, she grew more like her father, whose ancestors would dream of those soon to die. She walked and talked in her sleep, and her parents warded themselves, telling the girl that she was evil, unlovable, their burden to bear only until her eighteenth birthday released them.

The average person on the streets of Los Angeles would look at the girl and see a young woman with dark chocolate eyes, curly long hair, and tanned skin of her Filipina heritage. Her teachers praised her for her scholarly achievements and extracurricular activities, from academic decathlon to cheer.

The girl knew she was different, especially as she grew to accept that the other children’s parents didn’t despise them. Her parents whispered about their pact as odd and disturbing occurrences continued to happen around her. The girl thought being an evil demon should require the skies to bleed, the ground to tremble, an animal sacrifice to seal the bargain, or at least cause some general mayhem. Did other demons work so hard to find friends, do well on their homework, and protect their spoiled younger brother?

The demon was patient. It could afford to wait, to remind the girl when she was hurt that power was hers to take. She needed only embrace it. It could wait. The girl’s parents were doing much of its work already.

“— there are certain… misconceptions about me, pretty girl. I, and those I command, end life. That is our purpose, always has been. Our valley is its own land as we are our own kingdom. Death is the one act all living things will succumb to, whether good, evil, or in-between. We don’t have a stake in moral debates or questions, as your kind has called it, since we are a constant, an equalizer. We come for everything and everyone. But humanity has definitely found some of the most creative ways to end life over the centuries, and every so often in history, we’ve granted a request to aid them in doing so.”

Only then did he look over at the girl, his tongue darting out to lick the sugar off his lips. She had barely breathed as he had been speaking, her tongue building more saliva as she became wholly entranced with his words, almost as though she saw the visions of his brethren carrying out their jobs over the centuries. She found herself a little startled that the sound of her own heartbeat was thudding loudly in her ears as he seemed to hesitate to tell her the next part.

“Your ancestors are one such example,” he said, head tilting slightly and as she gasped, he continued. “You, my dear, are the descendent of not one but two who sacrificed to one of mine, my finest general, in fact. You learned the story of Lapulapu?” 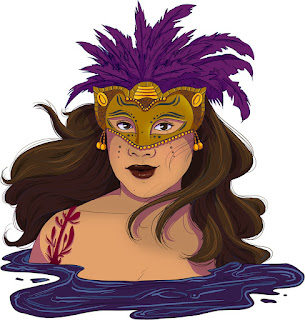 She has print publications in the horror anthologies Supernatural Drabbles of Dread through Macabre Ladies Publishing, Bodies Full of Burning through Sliced Up Press, and In Filth It Shall Be Found through OutCast Press.

Her first novel, set to debut in Spring 2024 with Cinnabar Moth Publishing, has been a finalist for Killer Nashville’s 2020 Claymore Award, a 2020 Cinnamon Press Literature Award Honoree, and long-listed in the 2021 Voyage YA Book Pitch Contest.