The Virus of Beauty by C.B. Lyall 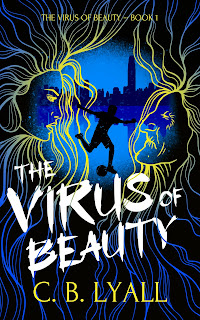 Wilf Gilvary is a teenage wizard who is terrified of using magic. When his father dies under mysterious circumstances, Wilf is plunged into the middle of a political struggle between the witches and wizards in the Magical Realm. He’d rather play soccer than practice magic, but he’s forced to make a choice between the life of a normal Hong Kong teen and one of wizardry after a powerful virus begins to decimate the witch community. The cure is spellbound in a journal Wilf inherited from his father and when his friend Katryna contracts the virus, Wilf understands that he must overcome his fear of magic to unlock the journal’s secrets – but will it be too late to save her?

Katryna hurried along the dimly lit corridor. Its dark, stained carpet and peeling paint reflected the building’s location. This wasn’t a part of town she usually visited. The balconies and entrance might have a view of the market square, but at the back of the building pulsed the Veil. The swirling gray mist had separated and protected the witches of Mathowytch from the citizens of Kureyamage for over fourteen years.

She unlocked the door of a studio apartment crowded with chintzy, overstuffed furniture. A cat lay sprawled along the back of the sofa in the sunlight, licking his paws. Katryna wrinkled her nose at the smell of cat and decay. Flies buzzed around the cat’s dirty food bowl, and she zapped them, hoping the frail old witch wouldn’t be upset with her use of magic.

Griselda lay on the bed in a fetal position, whimpering. Katryna sat down next to her in a wooden, high-backed chair. She reached to rub Griselda’s back, but then pulled back. It might not be safe to touch the old witch.

“Can I get you something to eat?”

Griselda shook her head and remained facing the wall.

There seemed to be very little Katryna could do. Perhaps that was why Ermentrude had forgotten to add Griselda’s name to the list of new cases to visit. However, her mother had been distracted before she left. Ermentrude might be among the city’s most powerful witches, but she made time to visit the sick whenever she could. Her mother’s hard outer shell hid a soft center of community spirit. The problem was, Ermentrude expected her daughter to pick up the slack whenever she disappeared on a new, urgent assignment for the Witch Council. 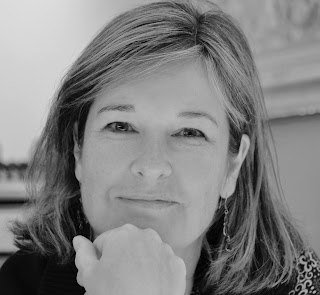 Carolyn Lyall was born in Stockton-On-Tees, United Kingdom. As a child growing up in Northern England in the sixties Carolyn loved sports, reading and amateur dramatics. She joined a renaissance group, practiced the broadsword and dreamed of visiting other worlds. Her passion for what could be drove her forward when faced with everyday struggles. Her first memorable skirmish with gender inequality came at nine-years old when she was told that only boys were allowed to play soccer. In response, she simply refused to do any classwork until they changed their old-fashioned policies. She won that battle.

Her dream to travel was finally realized in 1990 when she moved to New York City, USA with her husband and the first of three sons. This was the steppingstone to a lifelong adventure that has taken her and her family to India, Belgium and Hong Kong.

Raising her family in multiple countries around the world, she saw that each move, while a shock, was an opportunity for her sons to redefine themselves against new challenges and different cultural norms. Now, that her sons have left home, Carolyn has used her passion for the fantastic to create a world where every day gender inequalities are at the forefront of a world ending conflict. She shares this story through the eyes of a young man who is suddenly thrust into this new world along with all of his own woes and prejudices. The introduction to this world is in Carolyn’s debut YA fantasy novel, “The Virus of Beauty,” released July 31, 2019 under C B Lyall.