He'll Be Waiting by Liz Alterman

This post is part of a virtual book tour organized by Goddess Fish Promotions. Liz Alterman will be awarding a $25 Amazon or B/N GC to a randomly drawn winner via rafflecopter during the tour. Click on the tour banner to see the other stops on the tour. 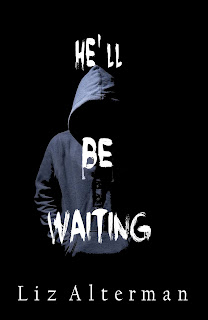 When Tess Porter agrees to pick up her boyfriend’s college pal at the airport on a snowy December night, she has no idea she’s about to embark on the most dangerous ride of her life.

Two days later, the 17-year-old wakes up in a hospital with broken bones, unable to remember how she got there. Her parents are acting strange, and neither James, her boyfriend, nor her best friend, Izzy, has visited.

As she struggles to physically recover, Tess wrestles with haunting questions: What happened? Will her memory ever return? And what if she’s better off not recalling any of it?

A blast of heat smacks my face as I walk through the automatic doors. I look at the monitors. If someone gave me a dime for every time the word “canceled” appears beside a flight, I could buy a private jet.

Stranded holiday travelers sleep on the floor using their suitcases for pillows. Families eat dinner slumped against garbage cans. The stale air smells like French fries and feet. It’s chaos, and though I don’t want to drive again anytime soon, I’m jumpy to get out of here as fast as possible.

Circling the baggage carousels like a shark, I’m bursting with adrenaline after that hell ride. My shirt, damp with sweat, sticks to my skin. I feel chilled beneath Mom’s coat. I’m wondering how I’ll ever find Nick Lawrence in this sea of people when a guy walks up to me. At first, I think he’s going to ask me for money or a ride, but then I take a closer look. Dark hair, dark eyes, empty-looking duffel bag slung over his shoulder. He’s wearing a lightweight hoodie over a t-shirt. The neck is stretched out and wavy. He looks sloppy, not like a guy who attends a top university, but maybe he’s shot from finals too. His eyes, vaguely familiar, meet mine. He holds out a thick, clammy hand. When our palms touch, an electric shock passes between us. He holds my hand a beat too long and smiles, a weird, goofy grin. I have the sudden urge to pull away, turn around, leave him standing there. He doesn’t look like the kind of guy James would befriend, but James always reminds me: Don’t judge a book by its cover. 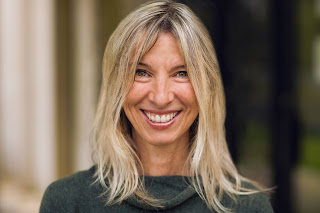 Liz Alterman lives in New Jersey with her husband and three sons. Her work has appeared in The New York Times, The Washington Post, Parents, McSweeney's, and other publications. She spends most days microwaving the same cup of coffee and looking up synonyms.