This post is part of a Cover Reveal Tour organized by Goddess Fish Promotions. Christina Bauer will be awarding a Fairy Tale Charm Bracelet to a randomly drawn winner via rafflecopter during the tour. Click on the tour banner to see the other stops on the tour. 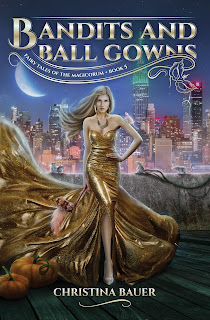 One Prince Finds True Love ... And Risks It All

Elle Cynder has fallen hard for Alec, the 'prince' of Le Charme Jewelers. Time for some happily in their ever after, right?

While the new couple shares joyful moments--and sizzling kisses--serious trouble is brewing. Elle's evil stepmother, Marchesa, schemes with none other than Alec's twisted father, Legend. Their plan? Destroy Elle and Alec, along with everything the young lovers hold dear, including Bry, Knox, and Wilhelm.

Another Royal Freezes His Heart ... But For How Long?

As a prince of the dark fae, Jacoby focuses on one goal: avoid assassination. Marrying Elle would certainly aid in that cause, considering how she's both a Cinderella life template and a powerful fae warden. Even better, Jacoby doesn't truly love Elle. In court life, deep romantic attachments only mean certain death.

For the first time in his life, Jacoby's cold heart warms with true affection. The elven prince struggles to ignore his feelings, but it might be a losing battle. And what would the prince's newfound emotions mean for Elle and Alec? Could Jacoby really stand by and watch another's true love be destroyed?

Buckle up for a wild ride as Cinderella's time-honored story gets some all-new twists.

FAIRY TALES OF THE MAGICORUM

1. Wolves And Roses
2. Moonlight And Midtown
3. Shifters And Glyphs
4. Slippers And Thieves
5. Bandits And Ball Gowns 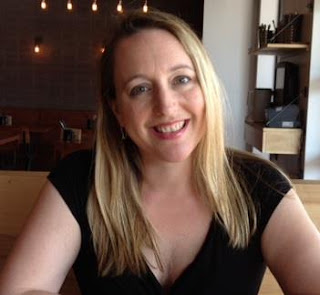 Christina Bauer thinks that fantasy books are like bacon: they just make life better. All of which is why she writes romance novels that feature demons, dragons, wizards, witches, elves, elementals, and a bunch of random stuff that she brainstorms while riding the Boston T. Oh, and she includes lots of humor and kick-ass chicks, too.

Christina graduated from Syracuse University’s Newhouse School with BA’s in English along with Television, Radio, and Film Production. She lives in Newton, MA with her husband, son, and semi-insane golden retriever, Ruby.

Be the first to know about new releases from Christina by signing up for her newsletter: http://tinyurl.com/CBupdates

Stalk Christina On Social Media – She Loves It!