This post is part of a virtual book tour organized by Goddess Fish Promotions. Annette Oppenlander will be awarding a $25 Amazon or Barnes and Noble GC to a randomly drawn winner via rafflecopter during the tour. Click on the tour banner to see the other stops on the tour.

Thanks so much for stopping by Books in the Hall. Why do you write juvenile fiction? What draws you to it?

I love a teen’s raw from your heart, often unfiltered approach to life and challenges. Maybe I never quite got over adolescence myself, but I find this age hugely entertaining, tough and funny at the same time. My characters get to do things and act in a way I would’ve only dreamed of. Of course, this is fiction and we need heroic acts which may not always be realistic.

From an early age I’ve been a chocoholic. I don’t remember too many days I haven’t eaten some form of chocolate. Not cookies or pudding or other sweets. No, it’s got to be chocolate. I particularly love European chocolates because I grew up in Germany. There are hundreds of choices in a German grocery store and it took me a long time to get used to the smallish candy aisles in the U.S.

To relax and not worry so much about stuff. Life happens and no matter how we plan, there’ll be changes we can’t foresee. Most of what we worry about and blow out of proportion never happens anyway. I spent a lot of time planning and look where it got me. Had anybody told me I’d be living in the U.S. for nearly 30 years, I’d have considered it utterly ridiculous.

That depends on the year. I was quite a handful during by early teens so it would’ve been coal for sure.

I’m reading “Fire in the Water” by James Alexander Thom and “Wool” by Hugh Howey. I typically read two or three books at the same time.

I’ve got to go with Hunger Games. Twilight while fascinating and love by many is not nearly as well written as the Hunger Games. Also I love a theme that affects many people and has huge stakes. I think the stakes in the Hunger Games are huge and the plot is clever. I admit I only read an occasional romance and several in a series are too many for me. Though it must be amazing to have a guy be so smitten with you that he overcomes all manners of opposition.

Nerdy gamer tries out an experimental computer game and time-travels to medieval Germany where he must survive and find a way home.

It used to be coffee. I LOVE coffee, the smell, the taste, everything about it. Add some real cream and I’m in heaven. But my husband got sick and I gave up coffee with him. Now my favorite hot drink is tea. Luckily there are many flavors and other than black teas I like them all. At night we drink sleepy-time tea. It’s a great custom for fall and winter.

You’re talking to a travel nut. I love traveling and until recently my time was quite restricted by the vacation time my husband and I received from our jobs. Now that he’s retired and I’m a fulltime author we get to travel a lot more. My ideal summer trip combines a week at a beautiful warm beach, a few days bike riding along a river in Germany, drinking wine and enjoying fabulous dishes and some time with my aging father.

I’m a vegetarian so I love all veggies and all kinds of cheese. My top choices are mushrooms, feta cheese, spinach and artichokes. Just the thought of that makes me hungry. Will take a break now and order a pizza.

Thank you very much for having me!

When fifteen-year old nerd and gamer Max Anderson thinks he’s sneaking a preview of an unpublished video game, he doesn’t realize that 1) He’s been secretly chosen as a beta, an experimental test player. 2) He’s playing the ultimate history game, transporting him into the actual past: anywhere and anytime. And 3) Survival is optional: To return home he must decipher the game’s rules and complete its missions—if he lives long enough. To fail means to stay in the past—forever.

Now Max is trapped in medieval Germany, unprepared and clueless. It is 1471 and he quickly learns that being an outcast may cost him his head. Especially after rescuing a beautiful peasant girl from a deadly infection and thus provoking sinister wannabe duke Ott. Overnight he is dragged into a hornet’s nest of feuding lords who will stop at nothing to bring down the conjuring stranger in their midst.

I heard more rustling. Louder now. Not from the men, but from the woods behind me. My knees buckled and I was vaguely aware of the thudding sound I’d made. I had to figure out what had just happened, retrace my steps. Where was my room? My mind churned as I scanned the ground for some sign of home, something familiar.

Out of the corner of my eye I saw the bearded thug turn his head. Ducking behind a hazelnut bush, I squinted through the leaves. The thug had raised his sword and stepped toward my hiding place.

I crouched lower, my ears filled with the pounding of my own heartbeat. Rough laughter came from the other two riders. Despite my panic I caught a glimpse of them poking their swords at the injured man’s shoulder. I smelled their stench—and the wounded man’s fear.

The bearded thug continued in my direction. Sunlight bounced off the edge of his blade. He took another step, scanning, listening. I forced my shaking body to be absolutely still. This had to be some kind of challenge in the game.

The man kept coming. Twenty feet. Everything about him looked menacing: his eyes the color of mud, his razor-sharp sword wide as a hand. Fifteen feet. I held my breath.

A scream rang out.

“Have mercy, My Lords,” the bleeding man cried. He was kneeling now, waiving his good arm in a pleading gesture. “I beg you,” he wailed.

I lowered my gaze. Somewhere I’d read that the white of a man’s eyes could give you away. Keeping my lids half-closed, I peeked through the leaves once more. The thug was ten feet away. Close up he looked worse, a brute with arms the size of my thighs, his chest covered in leather and wide as a barrel. Despite his size he had the soundless walk of a stalking animal. I watched with paralyzed fascination. Any second I’d be discovered, but all I managed was to shove my hands into my jeans pockets to keep them from trembling. It’s a computer game, my brain screamed. It’s real, my gut argued. 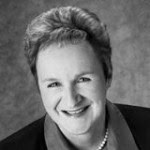 Annette Oppenlander writes historical fiction for young adults. When she isn’t in front of her computer, she loves indulging her dog, Mocha, and traveling around the U.S. and Europe to discover amazing histories.

“Nearly every place holds some kind of secret, something that makes history come alive. When we scrutinize people and places closely, history is no longer a number, it turns into a story.”