Average Joe and the Extraordinaires by Belart Wright

This post is part of a virtual book tour organized by Goddess Fish Promotions. Belart Wright will be awarding a $10 Amazon or Barnes and Noble GC to a randomly drawn winner via rafflecopter during the tour. Click on the tour banner to see the other stops on the tour.

Pretend your protagonist is at school and opens his/her locker – what will we see inside?
School books and maybe a picture of his girlfriend Kate and her brother Mod.

I liked the Hardy Boys books, Goosebumps, Roald Dahl books like Charlie and the Chocolate factory, and of course Harry Potter. All of these books had a sense of wonder to them and were easy to immerse myself in.

I would tell him to focus more and to seek a path of mastery in what he really desired. I feel too much of my teen years were lacking in focus.

For me, I’d have to say teleportation. It would save me so much time and I could use that time to read more and write more.

Hunger Games. Of course, because it has a stronger female lead and a cooler premise to me.

I would have to say it’s a three way tie between Batman the animated series, Dragon Ball Z, and Digimon season 1. I had a great childhood.

Average meets extraordinary as Joe Black tries to escape a hairy situation with his life intact and find his greatness within. #urbanfantasy

Hot tea. Because it’s easy to make and calms me. The perfect writing beverage.

I’m thinking Tyrion Lannister, Albus Dumbledore, Hagrid, and Liandra from my own book would have some interesting conversations. They’d also enjoy each other’s company, the curious minds that they are. I wouldn’t say too much as I sipped on a butterbeer and listened to their banter.

I would want to share the island with Liandra. First off because the best way to spend your time on an island is with a beautiful member of whatever sex you’re attracted to and secondly, she has magical abilities which would make our stay there an enjoyable experience. It would be more like a resort than a castaway situation.

Would I have to blow it all at once? If not then I’d just live off of it and write books until it ran out. You need to experience some great adventures to write great books so I’d spend a lot of it on travel too. If I had to blow it on one thing then I’d buy a house for my mother and make sure all her bills were paid for a long time.

My favorite class in high school had to be my creative writing class. I had an awesome teacher in Ms. Jean and she gave me assignments that ignited my love of writing. Without her class, I might not have chosen the path I have. 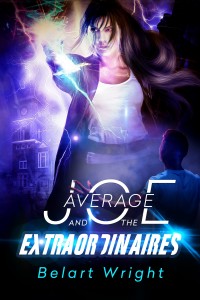 On a dark and balmy Floridian night, a strange and mysterious dark haired woman stalks the shadows of the local college football stadium, on the prowl for secrets buried deep beneath the Earth. These secrets, she knows, may change everything including this small town.

While knocking back illegal drinks with his friends at the hallowed Orangetown Pickers' college football stadium, average kid Joe Black finds himself desperately trying to save the life of a beautiful dark haired woman after a deadly explosion violently interrupts his fun and games. While trying to fathom why he would even do something so reckless he soon finds himself entangled in a dangerous game of terrorist plots, mistaken identities, hard boiled detectives, the criminal underworld, and of all things magic as he tries to escape with his life and make sense of it all.

Joe faces many challenges from all new enemies, assassins, and even his own friends. Can Joe navigate all this danger, escape with his life, and handle his biggest challenge to date, finding something about himself that is truly extraordinary? Find out within the pages of Average Joe and the Extraordinaires.

She rode off, down the street on her motorbike that was now a sky blue color to match the highlights in her hair, her ponytail, and her full face helmet. As she drove, she thought of her next move. She had a long list of places she wanted to visit, mostly associated with Grabas and the secrets he held beneath the stadium. But now her focus was on getting Joe out of trouble. She needed to figure out who has gunning for him...or better yet, she had to convince the man who hired this assassin to call off his killer. That man was definitely Robert Grabas. 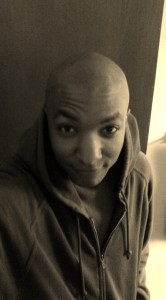 Belart Wright was born and raised in Detroit Michigan with a short but adventurous stint in St. Ignace during his childhood. Always poor, Belart had to learn to use his imagination to fuel the fun he had. Whether it was drawing cool and dangerous looking heroes to creating fully fledged storylines with his action figures to writing stories about kids similar to himself with fantastic abilities and destinies, Belart was always an expert in delving into other worlds that were not his own.

Always naturally talented at writing, it took the advice of his brother, and a little creative boost from his high school creative writing teacher to get him to realize that writing was something he could do really well and pursue as a career. To this day he revels in building worlds and characters from the ground up such as the worlds of Hell Warriors, Story of K, Cyborgs and Deadmen, and Pannam which are all working titles.

In his spare time Belart tries to update his two blogs whenever he can, but mostly just ends up writing or editing. As a huge gamer he plays a lot of games online and off with his favorites at the time being Borderlands 2, Phantasy Star Online, X-Men Legends, and Dark Souls. He just wishes he had more time to whittle his impossibly long gaming list down which goes all the way back to PS1 and Sega Genesis classics. He and his buddies at FlubberKnuckle Studios are also working on several new game IPs. He is also patiently waiting for the next installment of the superb Legacy of Kain series.