This post is part of a virtual book tour organized by Goddess Fish Promotions. Molly will be awarding a $40 Amazon Gift Card to a randomly drawn winner via rafflecopter during the tour.Click on the tour banner to see the other stops on the tour. When fifteen year-old Hawke feels fed up with not being able to walk, he escapes in his mind to a misty island filled with moorlands, ancient forests, and monolithic stones: a place where he can move and run and accomplish heroic quests.

His life is turned upside down, though, when he's thrust into this dream world and finds it real! He becomes 'Star Catcher.' The job? Track and collect shooting stars or meteors sent from a more advanced civilization, which have powers that protect the island from approaching evil. He finds many helpers along the way: a serving girl who can communicate with animals and create light, an alluring mermaid, a savvy one-eyed crow, and an old farmer with a secret.

Hawke must also discover what's going on inside the imposing mansion called Moon House. Why do rooms change? Why do objects mysteriously shift? Who lives inside the old forest behind the place and why is the Star Catcher forbidden to enter it? And most importantly, who are Hawke and his stars really battling against? An evil genius? A pirate-like group called the Shrikers who have taken over the island? An Ancient Magic? Or, maybe an aspect of himself?

Hawke has been injured in a car accident and can't walk--but the doctors encourage him to do his physical therapy and exercises so he can be as mobile as possible. However, his attitude is one of "why bother?" and he is definitely throwing himself a pity party in the first part of the book. As he sleeps, however, he finds himself in a world where not only do his legs work, but he has also apparently been expected as a Star Catcher. Is this just all an elaborate dream or is he indeed in an alternate reality?

Thus the adventures begin. And, Ms. Dean's world is one of wonder and the mystery Hawke has to solve is interesting. Ms. Dean introduces us to some very interesting characters who are very well drawn--I especially like Em. We join with Hawke in his confusion as he learns what he is to do and what a Star Catcher is exactly and, as he learns more, so do we.

I believe this book works best for the middle grade ages and early YA-- 12-16. It's not a difficult book to read and the action moves along pretty quickly. Good job, Ms. Dean. Rating: 4.

Hawke turned away from the Hedgerow Trail and found the rock path leading to the cove, the place where all of his adventures began. He scrambled down upon it, and after a few minutes, stood watching the waves, green and glassy, curling into the shore. The water looked clearer even than before, reminding Hawke of pictures he had seen of Caribbean waters, full of all the blues and greens that could be concocted on a painter’s palette. Hawke drew forward, peering down to the ocean’s bottom. He remembered the feel of warm saltiness, the healing properties of the water’s liquid massage. Kind of like the moving fingers of the nurses at home, except that this sea treatment worked. It had actually worked.

He carefully set his satchel into an alcove between rocks, and marked the spot with the fragment of an old gray scallop shell. Ripping off his Moon House clothes, he waded out a little way and then dove forward, splashing and kicking. ‘I am free,” he whispered the words aloud, feeling a need to define the moment.

Swimming a few more strokes, he decided that this cove was the only place he felt truly at peace, truly himself. Not at Moon House, not in Archenwood, certainly not at home in his hospital bed. A fish swam by and nibbled at his toes. A head with tangled copper locks surfaced in front of him. The mermaid!

“Aha! The Star Catcher returns. And no one is free,” she said. The mermaid drew closer, radiating a clarity and vividness. Did these qualities emanate from her specifically, or from the environment around her? Was her hair really such a pure copper hue? Her eyes, such a crystal blue-green color? She flaunted salt and sunlight on her face.

Looking into those eyes, Hawke lost his shyness and began to feel bold...even, reckless. “I am free,” he told her. “At least for now. And you. You are free.”

“Perhaps. At least for now,” she echoed in her taunting, musical voice.

All at once he wanted to kiss her. Was it a possible to kiss a mermaid, same as you did a human? As if reading his intentions, she drew back, treading water. “So how goes it, Star Catcher? Are your pockets overflowing with stars?” She gazed up and down his bare chest, half out of the water, and laughed out loud.

“I’ve caught one,” he replied, turning sheepish. “It’s hard work. Really. The stars don’t just fall like rain, you know. You have to plot and plan, and be just at the right place at the right time.”

“The plotting and planning must be dreadful.” She rolled her eyes, as if making fun of him. “The Red Star. They say it brings love and joy to those who touch it. I want to see the star, to hold it in my hands. I might let you kiss me, if you’d show it to me.”

Again, she’d read his mind. He glanced at the rocks where his clothes and satchel lay concealed, and turned back to her.

The mermaid’s eyes glowed as she twisted a wavy lock around one finger. She moved a tiny bit closer, and so did Hawke to her. “The kiss first,” he demanded.

“The star first.” Her eyes shone merry but uncompromising. 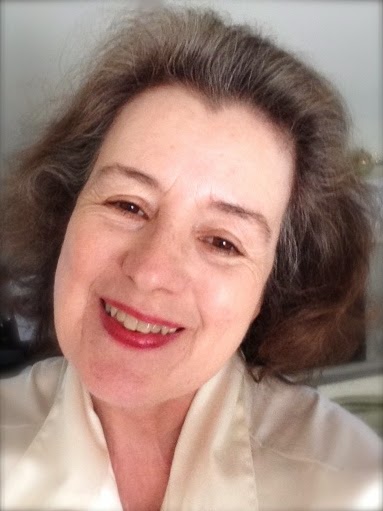 After studying at Newcomb College in New Orleans and the London Polytechnic, Molly became a full time journalist and photographer and published over 80 articles in magazines, like Fine Gardening and Woman’s Day Specials. Molly’s first love, though, is writing fiction. She has completed three novels for teens and tweens, including The Twilight Garden, Dragon Dazzle, and The Star Catcher. Today she lives in the Blue Ridge Mountains with probably too many cats.