This post is part of a virtual book tour organized by Goddess Fish Promotions. Marian will be awarding an eBook copy of Ruined to a randomly drawn commenter at each stop during the tour. A Grand Prize of a signed paperback copy of Ruined plus a new DVD of Much Ado About Nothing starring Kenneth Branagh and Emma Thompson will be awarded to a randomly drawn winner via rafflecopter during the tour (US ONLY). Click on the tour banner to see the other stops on the tour.

Welcome to Books in the Hall! What’s your favorite sweet treat?
I LOVE Twinkies. I rarely eat them because they are so darn fattening, but I love them nonetheless. I was devastated when Hostess closed in 2012 and Twinkies were gone. I called my sister and we both cried. Really, yes we cried. We grew up with Twinkies and to think we would never see one or taste one or smell one again was almost too much to bear. But then like a rainbow after a storm, Twinkies magically reappeared. I was so excited. The first time I saw one on the shelf at Walmart, I snapped a photo and posted it on Facebook. The new box read: “The Sweetest Comeback in the History of Ever.” I think that says it all.

What would you write in a letter to your teen self?
As a teen, I was painfully, pathetically shy. Though I did very well in school, I didn’t have a lot of confidence in myself. Today, I’m totally out-going. Public speaking as a teen would have meant the death of me, but today, I lecture about my books and writing in general to all sorts of group. Public speaking is not a problem for this 2014 woman. If I could address my sixteen-year-old self, I would encourage her to be more confident, more trusting of her abilities. I would dare her to take chances and tell her that she will succeed. She just has to believe in herself.

This is a fun question. Thank you! I’d love to be able to fly. Wouldn’t it be wonderful to view the world from above? To see things from a radically different perspective? To have the ability to go places my walking self could never go? I’d fly over an ocean searching for whales. I’d soar with an eagle, catch a current and glide with arms outstretched. I’d observe lions on the prowl and join a flock of Canadian geese heading south for the winter. Life as a flying superhero would be truly exciting!

Hunger Games or Twilight? Why?
Though I think Hunger Games was better written, I’d like to experience the world of Twilight more than I’d like to live in Panem’s District 12. Both books are extremely imaginative with dynamic, unique characters. A gorgeous vampire that sparkles? A brave teen who volunteers to die in place of her younger sister? Wish I thought of those characters. I enjoyed both series, anxiously anticipating the arrival of each new book. This is a tough call, but I’d have to say I’d choose Twilight for the danger, and fun, and romance of the story. Hunger Games was just too radical for me. Kids killing kids. No thanks. I’ll take my chances with vampires.

What reality show would you love to be on? Why?
This was an easy question. Anyone in my family would have known the answer because I live for “Say Yes to the Dress” on TLC. I want to work in those salons surrounded by hundreds of gorgeous dresses. But more than that, I love the staff in both salons – New York and Atlanta. I can’t seem to get enough of the brides and their bickering families arguing over what dress looks best. It’s crazy fun, and I’m hooked on that show. Bring on the drama! I’m ready for a new season.

Which of your characters would you most like to meet IRL? Why?
Can I count two characters as one for this question? Because I’d like to count Blythe Messina and DB Whitmore as one couple. They have such chemistry, even their arguments are entertaining. Based on Shakespeare’s Beatrice and Benedick from Much Ado About Nothing, Blythe and DB banter back and forth throughout Ruined. Their dialogue was challenging, but fun to write. Both characters are strong-minded, confident, and optimistic. All virtues I admire and appreciate. I know we’d have a great time together. No matter what we did.

This was fun to think about. I pictured my dining room table set with my best china. Our wine glasses are full and there’s lots of laughter and terribly interesting conversation that goes on all night. Who there? Well, my first thought was to invite Edward Cullen. I know, he’s a vampire and doesn’t eat, but he’s still intriguing and polite. And of course, we can’t forget adorable to look at across the table. To add some mystery and intellect, I’d invite Sherlock Holmes, who would fill us all in on his latest murder case. Fearless Katniss Everdeen could sit next to me in case I get frightened by Sherlock’s stories and need to hold someone’s hand. My last guest would be Harry Potter because he’s the best of all worlds – cute, intelligent, brave, and I’m sure he could use a good home-cooked meal.

You’re stranded on a desert island—which character from your book do you want with you? Why?
I’d like to be stranded anywhere with Stratford High’s principal, Dr. Bard. He’s really Shakespeare in disguise and since I’m a huge Shakespeare fan (some might say freak), spending some alone time with the Bard would be a dream come true. My husband would be jealous, so I couldn’t be stranded too long or I’m afraid there’d be some trouble. Maybe just a day or two. Long enough to pick Dr. Bard’s brilliant brain. I wouldn’t want to be endlessly stranded like Gilligan and the Skipper.

Favorite pizza toppings.
I usually behave myself and get a veggie pizza with mushrooms, onions, and extra tomatoes. But if I could make the pizza of my dreams, it would have a thin, crispy crust, spicy sauce, and be smothered in pepperoni and green olives. Oh, great, now I’m getting hungry. I think I’ll check the freezer. Good-bye!

When your life has been ruined by lies, do you seek justice … or revenge?

Blythe Messina spends her senior year focused on her studies and college, and not on her ex, Stratford High's lacrosse star, DB Whitmore. At least, that's what Blythe keeps telling herself. But her younger cousin, Bonni, knows otherwise. Same goes for DB, who swears to be over Blythe and their breakup, but his teammates aren’t fooled.

When scandalous photos of Bonni and the team captain are texted around Stratford, Bonni's virtuous reputation is ruined. She professes her innocence, but no one believes her. No one, except Blythe and DB, who come together to uncover the truth. But, will they stay together?

Ruined is a modern twist on a classic Shakespearean romance.

"Deceit, loyalty, honor, and romance--Ruined has it all! A teen version of Much Ado About Nothing that Shakespeare aficionados are sure to savor!” ~ Kym Brunner, Author of Wanted: Dead or in Love & One Smart Cookie

All books in the Stratford High series will be modern retellings of a Shakespeare classic. Ruined is inspired by Much Ado About Nothing.

I’d been bitchy and on edge ever since that blasted luau last Saturday. Seeing DB, talking to him, being near him again, had taken my life off course. For days now, I’d been ordering my brain to STOP THINKING ABOUT HIM. We were ancient history, two people doomed from the start, like Antony and Cleopatra or Marie Antoinette and King Louis. So why couldn’t I regain control of my world? I snatched up my backpack and my Coach crossbody bag, and did a quick once-over in my bedroom mirror. The hair was tied back in a no-fuss ponytail. The jeans were clean, well, relatively. This faded ASPCA tee was past its expiration date, but good enough for school. I turned off my bedroom light and went in search of Bonni.

She wasn’t in her room or downstairs in the kitchen. So I grabbed a frosted Pop-Up and headed into the garage, where I was blinded by piercing sunlight. Someone had left the outer door open, and my new hybrid was nowhere to be found. I shaded my eyes and peered outside.

Halfway down our long driveway, I spied Bonni and Uncle Leo with their backs to me, their heads together under the opened hood of my car. They were talking, but in this quiet morning air, their voices carried. Even from this distance, I could hear fragments of their conversation. And if I heard them, so could our neighbors. I was hurrying toward the hybrid, anxious to warn my cousin and uncle to keep it down, when I heard something that stopped me in mid-stride.

Had Bonni just mentioned DB and me in the same sentence?

I ducked behind the six-foot-tall hedges lining the drive.

“What else did Cory say?” Uncle Leo asked. 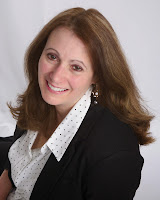 Marian is a full-time writer of contemporary and historical young adult fiction. A native Chicagoan and a graduate of Northern Illinois University, Marian taught special education and worked in the business world before pursuing her dream of becoming a writer. She would rather be at her desk than almost anywhere else, but of course, that isn’t always possible. So when she’s not writing, she enjoys reading, gardening, walking the dog, travelling with her husband, and researching new projects. Not necessarily in that order.

She adores anything Shakespeare. An avid reader of Shakespeare biographies, she has travelled the world to see his plays, visiting Stratford, Canada as well as Stratford-Upon-the-Avon, Great Britain, and the new Globe Theater in London. Her latest YA novel, Ruined, Book One in her new Stratford High series – modern retellings of Shakespeare’s plays - is inspired by the Bard’s classic romance, Much Ado About Nothing. Book Two, inspired by the Merchant of Venice, is due out fall 2014.

Her debut YA, Eastland, came out in February 2014. Based on the real-life story of the 1915 Eastland boat disaster in Chicago, Marian lectures about the Eastland to schools, libraries, and book clubs, as well as co-hosting haunted Chicago tours of Eastland disaster sites. She writes a post on the subject on the Tribune’s Chicago Now blog site.

www.amazon.com/Ruined-Stratford-High-Marian-Cheatham/dp/1500335444 a Rafflecopter giveaway
Posted by Books in the Hall at 4:00 AM