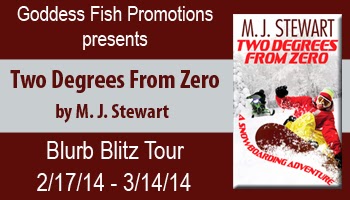 M.J. Stewart is visiting with us today as part of her Blurb Blitz Tour for her new book, Two Degrees from Zero.

The author will be awarding a $25 Amazon Gift Card to a randomly drawn commenter during the tour.

Click the tour banner above for the tour dates. 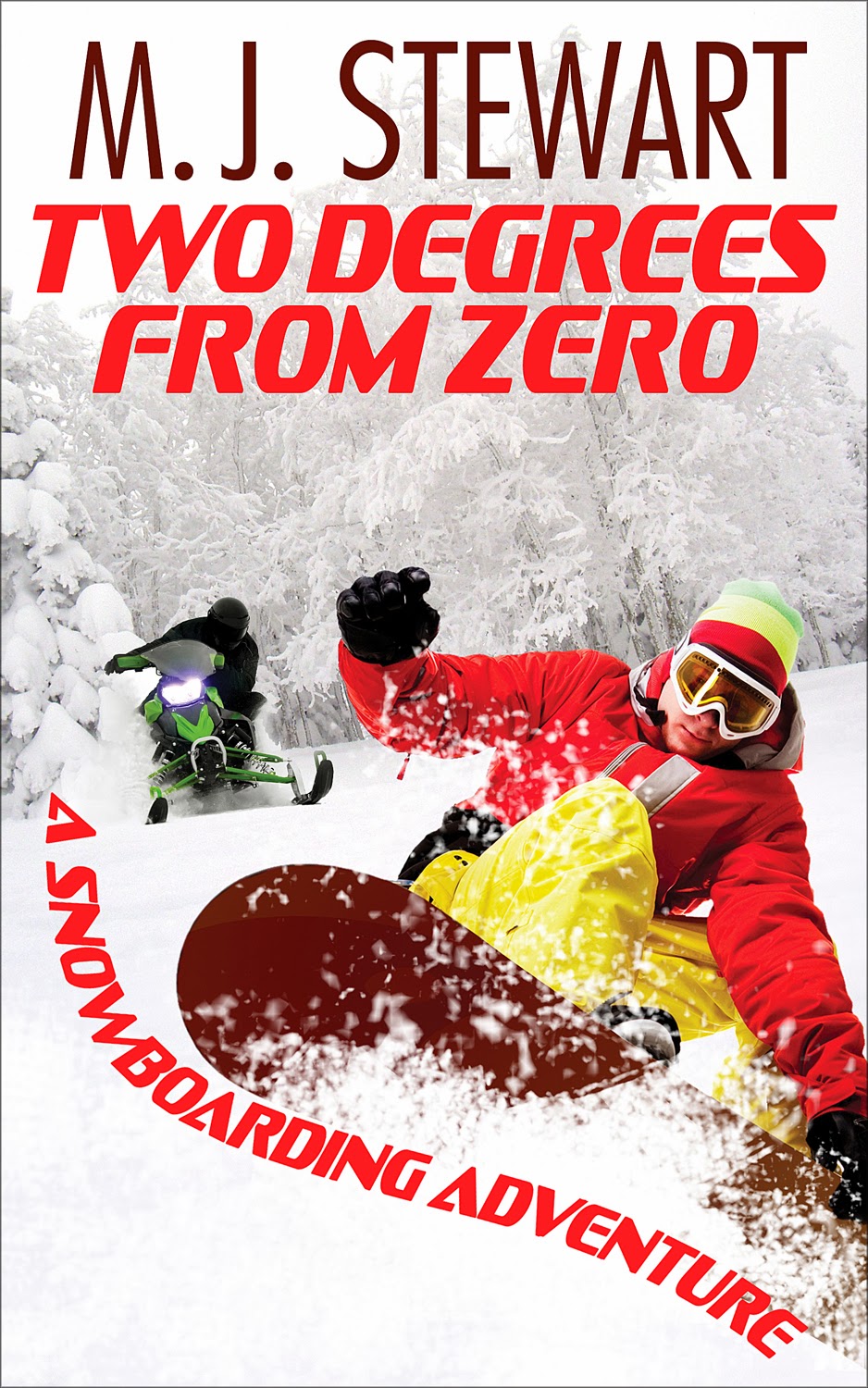 Thirteen-year-old Derek’s cool snowboard adventure does a dangerous rewind, because his Burton Hero board holds the key to an unsolved crime.

Two Degrees From Zero is a story that opens up the world of snowboarding and surviving hazardous winter conditions in Keystone, Colorado.

Derek, his mom, and teen friend Janae (The Clan) are invited on a snowboarding vacation by his mom’s new romance Thomas. A blizzard hits during a sleigh ride and dinner at an isolated yurt miles from Keystone. The Clan accepts an offer from two arrogant snowmobilers for a way home. But to The Clan's dismay instead of going home, they are abandoned in a creepy backwoods cabin.

Derek and Janae sneak out of the old cabin and make a dangerous trek across a white wilderness to find help while the snowmobilers are on the loose. Just as the teens find temporary shelter in an old car, another blizzard rages all night, leaving them hopelessly stranded. And their adventure has only begun.

Derek and Janae must escape the frozen ravages of the blizzard. Derek’s determination to save The Clan while outwitting the thieves is unstoppable. And the thieves are just as determined to find Derek’s snowboard because of the valuable information hidden on the board.

Enjoy an Excerpt:
Derek whispered, “And how are we gonna leave? Maybe Mom and Thomas will know what to do. Let’s be real quiet until they get here.”

“Hope they get here quick.” Janae said in a shaky voice. “Does he have a gun?”

“Don’t see one.” Derek hugged Janae; her body trembled with emotion. “Bummer how this trip is going downhill.”

“Duh…dead people don’t snore. But maybe we should see if he’s okay.”

Derek flinched as the man inhaled. “Wait, his chest moved.”

“Are you sure?” Janae asked, but kept her distance.

“Is blood running down his forehead?” Derek asked.

“Let’s get a better look. Maybe he’s just sleeping.” Derek took one step in the man’s direction and stopped.

“Why are you stopping? You’re supposed to be the strong, brave one.” Janae jumped behind Derek and tried to shove him closer to the man. But Derek stood firm. “You’re scared as I am,” Janae said.

“Not either,” Derek said and turned his face to her. “See my face, I’m not scared.”

“Why are you chewing your lip?” 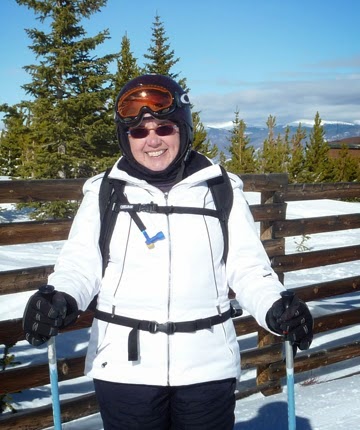 M.J. Stewart is a Colorado author and lives in Colorado Springs. Her love for the outdoors has provided many exciting adventures and include downhill skiing, biking, hiking, camping, and nature photography.