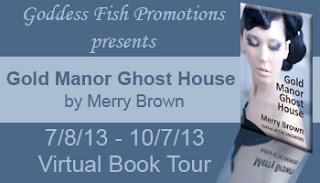 This post is part of a virtual book tour organized by Goddes Fish Promotions. Leave a comment for a chance to win a $25 Amazon gift card--the other stops on the tour can be seen by clicking the tour banner. Remember, the more you comment, the better your chances of winning.

Merry stopped by to answer a few of our questions. Welcome, Merry! To get us started, what would you write in a letter to your teen self?

Dear Merry,
Stop doubting yourself. Who cares what others think? And guess what, they aren’t even thinking about you because they are consumed with thinking about themselves! Take it easy, relax, don’t be so hard on yourself. Think about who you want to me, not what you think others want you to be. Above all, show grace and mercy to yourself and others.
Love,
40 year old Merry
P.S. Stop it with the sun tanning! You will regret lathering yourself with baby oil and lounging in the sun all summer long.
P.P.S. Start saving your money and vow never to diet.

That last advice is good for all of us... especially the saving money part! What candy do you give out at Halloween?

I’m out with my kids on Halloween, and they get too much candy. When we come home, most of the trick-or-treaters have already passed the house, so the stragglers that come by get recycled candy from the bags my kids just got.

Ah, I see... part of your strategy for saving money... good idea! What superpower would you love to have? Why?

Let’s go about this in the negative way:
I know I don’t want to read minds. It would be fun (maybe?) at first, but after a while, no one’s going to want to be around me and I’ll end up hating them anyway. Mind reading seems a sure path to the crazy house.
I don’t want to live forever. That sounds like more of a curse than a blessing.
I don’t want super-strength. What am I going to do with it? Fight crime? I’ve got a family, and if I’ve learned anything from superhero movies, loved ones of the superhero are always in peril and/or are killed, leaving the hero ultimately alone.
I don’t want x-ray vision, don’t care about flying, don’t want gills or lasers coming out of my eyes.
I don’t want to know the future. That kind of knowledge sounds crippling.
What does that leave? Quite a lot, I suppose, such as super speed, shape shifting, or being able to teleport.
I guess I’ll go with mad-grammar skills!

Clockwork Princess by Cassandra Clare has been staring me down all summer. I’ve read the Moral Instruments books (waiting for the last one) and the other two in the Infernal Devices series … but I can’t seem to open Clockwork Princess and begin. I know I’ll enjoy it; book two ended with a horrible love triangle, and I’m betting this book will be high on the drama meter. Don’t get me wrong – YA is my genre and I love the drama, but I bet as soon as I start Clockwork Princess I’ll read all night and be a zombie the next two days, ignoring my house and kids until the tension is resolved. Investing in characters is hard work and not for the faint at heart!

Speaking of YA books--Hunger Games or Twilight? Why?

I don’t think this is a fair question! My two favorite genres are YA paranormal romance – Twilight – and dystopian lit – Hunger Games.
I know it’s fashionable to hate on Twilight, Bella in particular, but I can’t bring myself to do it. If you buy into the paranormal world Meyer created, then the story works and isn’t all that creepy.
And Hunger Games, well, it’s a great story with an awesome female lead.

Socrates, Edward Cullen, Jane Eyre, and Buffy.
Since Socrates gets used as the mouth piece of Plato in the middle dialogues, I suppose he counts. So, definitely Socrates. Edward Cullen, because I want to see for myself if he really is devastatingly gorgeous and I’d like to meet a nice vampire. Jane Eyre, who’d be a great match for Socrates’ wit and I’d love to see her virtue in action. Buffy the Vampire Slayer (I know she’s primarily from TV land, but she’s in comic books too) because she’s an ordinary girl with extraordinary talents and mission – though aren’t we all supposed to fight evil with the abilities we have?

Pay off my bills, take a world vacation for the summer with my family, and give to my favorite charities (Heifer International, The Smile Train, my church). If I had enough left over, I’d give money for an endowed chair in philosophy at the University of Tennessee at Martin. 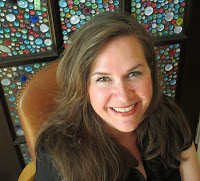 Born and raised in Bakersfield, California, Merry Brown now lives in the northwest corner of Tennessee with her husband, three boys, and Daisy the cat. She teaches philosophy at the University of Tennessee, Martin, where she counts it a great privilege and joy to introduce students to perennial questions about the nature of the universe, meaning, morality, and the human condition. Merry Brown's love of philosophy and young adult paranormal and dystopian literature inspired her to write THE KNOWERS, the first book in the Exiled Trilogy. GOLD MANOR GOLD HOUSE is her latest YA paranormal romance book.

Anna thought life was going to be awesome. She was right…and wrong.

Working with her best friend. Check.

The set’s haunted and she’s in the middle of a supernatural war. Uh, check?

Anna Rose Ellington is sixteen and living in Hollywood, hoping to be a star. Anna just landed a major role on Ghost House, TeenTV’s new fall drama. A show promising to be so hot, Meg Sweet (the reigning teenage diva), signed on for the lead, and Adam Lewis (international rock sensation) is a principal player.

Her dreams are falling into place until she gets on set and begins questioning her sanity. It’s true she has an unusual dream life, where once in a while her dreams literally come true. But it’s been a while. On top of her dreams not staying put in her brain, including the guy she’d been dreaming of for years, the house they’re filming in, Gold Manor, might actually be haunted. But that’s the least of her worries.


Buy the book at Amazon