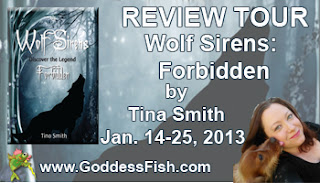 This review is done in conjunction with the author's tour with Goddess Fish Promotions. The author will be awarding jewelry in theme of her book (wolf charms, charm bracelets etc), 3D book marks in shifter themes (Wolves, tigers, panthers etc) and Sun catchers (beaded glass and crystal) to a randomly drawn commenter during the tour, so leave your thoughts here and you're entered! If you want more chances to win, visit the rest of her tour stops here. 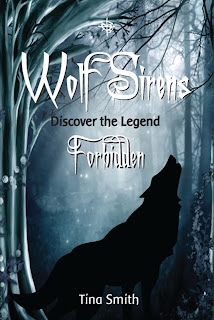 When Lila unwillingly moves to the country town of Shade, she can’t imagine the life-altering events that lie in wait for her. Shade has a curfew and has always been surrounded by myths. A central feature of the town is its famous statue of Artemis, Goddess of the Hunt, whose spirit is said to protect the innocent.

Lila falls in with a group of intriguing teenagers with luminescent eyes and soon she is drawn into the shadowlands of fantasy and reality, where destiny collides.

A mysterious local girl, Cresida, warns her to stay away, but Lila is drawn to them like a moth to a flame.

Cresida knows their fatal secret and she is honour-bound to protect those who are endangered. But she underestimates Lila’s passion for the mysterious and charismatic clan of youths. Lila begins to feel a call she cannot ignore. Yet her heart is filled with vulnerable desires that begin to turn the underworld upside down, for both hunter and hunted, as she learns they have been waiting for her…

Inspired by the legend of the mythical femme fatale, Wolf Sirens is an intimate tale of unrequited and forbidden love in the underworld, a masterpiece of romance fantasy.


My Review:  This story was nothing like I'd expected.  It starts out like a typical YA:  disgruntled teen forced to move to a new town because her folks are divorcing.  Mom is disconnected, and Lila is friendless and alone.  But that's where the typical ends.

There are hints from the start that things are not as they appear.  Whisperings of wolves, gunshots, strange neighbors ... and then she's befriended by the cool kids and she doesn't know why (because Lila is far from cool).

While I was intrigued by the plot, and wanted to know the answer to the mysteries behind the odd behavior, I admit to wishing there had been a little less build up to what we knew would happen.  I skimmed past pages of Lila at school in the beginning because it was rather "day-to-day".  The author has a great skill with her words and descriptions and the characters are all very much individuals.  Some I liked, some I didn't (some I disliked and loved at the same time!) and I was quite emotionally invested in them all.

Once the book got going about a third of the way in, there was no going back.  It's a great book for teens of all ages who are looking for more great shifter stories.  It's got some violence in it, of course, but nothing gratuitous and the romance is sweet and touching.

Better, this has a surprise ending that both breaks your heart and has you reaching to read the next book in the series.  Good job, and recommended.


Sam flitted about as usual making sure all was well. She made sure her best friend’s funeral ran smoothly and I thought it was a pleasant touch that she insisted Lily’s favourite music was played, though I’m sure the gathering thought it was odd that a teenager would love Elvis and the Supremes.

I hoped, though I couldn’t be sure, that the rest of the pack, her real family, had a private funeral. One without the orchestration, one where their feelings were real. I didn’t cry at the funeral. Maybe I tried but my eyes were dry. In the night as I lay my head on the pillow I remembered sections of the funeral and as I thought of Sam laying the flowers on her coffin my eyes swelled and all the pain that was absent or numb was real again. I had no one to hold me, but neither did Lily. I wanted the world to swallow me up whole. After missing two weeks of school in the morning we hit practice - now for Lily’s memory or at least that’s what Sam told the concerned faculty. But really it was for herself, to save her own skin; did she feel guilty like me? We all had to attend group counseling in which we all agreed to continue to practice for calisthenics dance finals, in Lily’s memory. And for a time she indeed did haunt the school hall in which we practiced. As a temporary memorial an enormous portrait photograph marooned in flowers leant crookedly against the stage. And she smiled at us with a blank look in her eyes while we danced without her, over the spot where she had died. 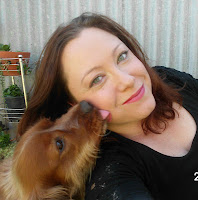 Tina Smith is an herbalist, dog lover, Piscean and mother with a fondness for strong female protagonists. A love of the fantasy genre and the deep exploration of dark and evocative subjects inspired Wolf Sirens Forbidden. The sequel Fever further unfolds the tale of the heroine femme fatal, on her journey in the underworld between the lands of myth and reality.

“Rich, complex, and deeply fascinating. Smith’s creation stands apart from other books in the genre. Wolf Sirens has raised the bar for paranormal romance.”- Kevis Hendrickson, author of Rogue Hunter

"Smith weaves a thrilling and beautifully crafted tale that sinks its fangs in and refuses to let go."- Michael Alexander, author of The Vessel

“Fever does not disappoint! Tina Smith captures her readers on the first page and leads them on a fast-paced journey full of suspense and adventure as heroine, Lila, struggles towards the truth.” - Beverley Eikli, author of A Little Deception

The sequel Wolf Sirens Fever. Many are Born, Few are Reborn By Tina Smith.