This post is part of a virtual book tour organized by Goddess Fish Promotions. Dorlana Vann will be awarding a $25 Amazon or B/N GC to a randomly drawn winner via rafflecopter during the tour. Click on the tour banner to see the other stops on the tour. 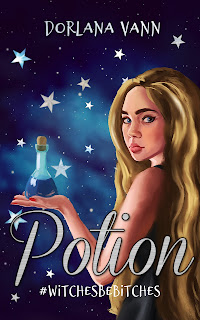 But everything changes when Lucas sees his awkward, loner sister, hanging out with Star, one of the hot and hated popular girls known as The Bitches. At first, he’s just confused, but when he sees the tarot cards between them, he’s reminded of the curse the witch cast on Melrose.

His fears escalate when Star warns him about two witches from school who plan on using his sister for a ritual. Lucas wants to trust Star; he needs someone to confide in since Melrose thinks his fear of witchcraft is irrational. But Star is unpredictable and has toyed with his emotions before.

As Lucas searches for answers, more mysteries begin to unravel about Melrose’s childhood, Star’s motives, and his own family legacy. Lucas will have to make life and death decisions; but whom can he trust, and how do you rescue someone who doesn’t want to be saved?

Her voice was definitely flirty, but Lucas had no idea what Star was all about. “Oh, really. And what is that?”

“Did you happen to find my tarot card?”

Uh-oh. The easiest answer would be “no,” however, Melrose would probably rat him out anyway. “It’s hard to explain, but I needed to get it out of the house.”

“Not exactly.” He stared at the dancing flames. “I burnt it.”

After a long silence, he looked at Star. Where she had been overly relaxed earlier, she now sat up straight with her arms crossed. Even in the dimly lit room, he could see that she thought he was crazy. Fair. In retrospect, his actions did seem a bit extreme.

“You burnt my card?” she finally asked as a breeze came through the open window and blew out the candles. “Why the hell would you do that?”

“Melrose can’t be around that sort of thing,” he mumbled

Lucas took the sarcasm he deserved and walked to the window. “Sorry. Just tell me how much I owe you.” He was going to shut the window before relighting the candles, but suddenly, Star’s hand was on his arm.

“You don’t owe me anything,” she said.

“No?” He turned around, and Star was standing right there, the curves of her body enhanced by the shadows. 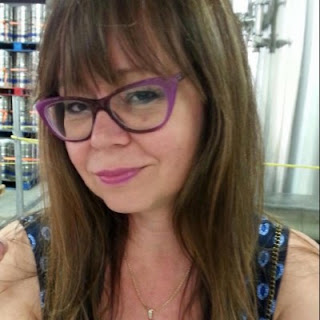 Dorlana Vann loves taking elements from fairy tales (characters, mood, moral, plot) and mixing them with a paranormal element and then dropping them in a contemporary setting.

Besides writing, life is all about family, food, book-club, BBQ team, festivals, trivia (even though she's horrible at it), and drinking on patios – All of which she shares on Instagram