The Secrets That Kill Us by Phoenix Blackwood

This post is part of a virtual book tour organized by Goddess Fish Promotions. Phoenix Blackwood will be awarding a $10 Amazon or Barnes and Noble GC to a randomly drawn winner via rafflecopter during the tour. Click on the tour banner to see the other stops on the tour. 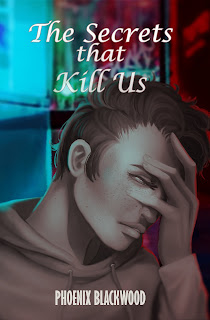 At sixteen, Liz had already trudged through hell and back. Having bounced from one foster home to another most of her life, she finally finds herself in a stable home. But stability poses its own challenges after a life of unsteady fooling, and Liz grapples to find a way to be still. Her past still plagues her in this new world. Everything feels wrong, she is at odds with her own body and mind, and struggling to survive.

Liz finds an unlikely friend in Alex, a girl who may not share Liz’s troubled past but strives to understand, even though it means becoming a pariah at school. With Alex’s help, Liz searches for the strength to confront her demons, and the two see each other through addictions, transitions, and the dangerous consequences of coping.

Unable to let herself trust and love, even in this new space with new support, Liz’s trauma begins to drag her under. Some secrets kill, and some truths fight to stay hidden. Unearthing them all will require Liz to trust others despite a lifetime of learning just how dangerous that is.

High school wasn’t much different than middle school, other than things being less sticky and more dingy. I’d made it through freshman year by the skin of my teeth, and now the daunting task of sophomore year stood before me, halfway accomplished. The guys were a lot more obnoxious, graduating from senseless teasing to aggression in order to fulfill their newfound need for overbearing toxic masculinity. I rolled my eyes as I walked past a group of guys pushing each other around, proving my point. At least I wasn’t the new kid this time. I’d somehow managed to keep up with the class and graduate. I'd made it through a year and a half of high school without being held back. It was still a constant struggle. When I got to my locker I squinted at the paper I’d been given for the code, bringing it closer to my face. Contacts weren’t cutting it, I really needed to wear my glasses. But damn, did I hate them. After a few different attempts I managed to get the right numbers and threw the books I didn’t need in. They made a loud slam as they hit the back of the locker. 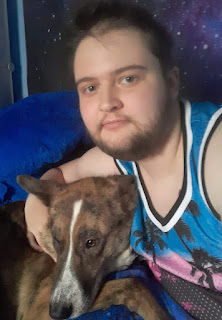 Born and raised in New England, Phoenix has always been a creative – whether it’s painting or writing. From a very young age, Phoenix has envisioned and created characters, writing them into existence and exploring them through visual arts. Having graduated to first-time short story author, Phoenix is embarking on a journey towards novel writing as they finally bring characters they’ve known for years into the world. Phoenix is neurodiverse and intersex and hopes to bring more representation to both topics with their writing. They believe in creating relatable characters that people can find themselves in and empathize with.