The Dark Beast by Dave Maruszewski

This post is part of a virtual book tour organized by Goddess Fish Promotions. Dave Maruszewski will be awarding a $20 Amazon or Barnes and Noble GC to a randomly drawn winner via rafflecopter during the tour. Click on the tour banner to see the other stops on the tour.

I was drawn to it because of my son. It was a good way to connect with him and help him with bedtime. He always had trouble going to sleep. Reading or telling stories were a good way to relax him.

I continued this book to the publishing phase because I love the focus of the genre. You try to tell a great story, play with human interaction and make some points along the way. I find some types of writing a little too pretentious and maybe laborious (for me) in their creation.

Sometimes I think of reading juvenile fiction as straight forward, but as an author I get to think of all these different ways to present material and spin different possibilities of plot progression. It ends up giving me the ability to be creative in a way that isn’t frustrating (to me.) In fact, it is the opposite. It’s a fun pastime.

Wow, that topic is a book in itself. I probably would tell myself to not rush to the end. There isn’t one. I think that back then I was focused on getting through those years to become a grown up in society. I thought that was when living truly began. I didn’t realize, every moment is living just with different possibilities and circumstances. Whatever I was doing back then, no matter what, was shaping me to be more myself. I was already me. Enjoy the moments and pay attention to where they lead you.

I get multiple bags with different types of candy, preferably with candy bars with chocolate and/or caramel in them. After that, I brace myself for my wife to give me the angry stare after she realizes there is no way that we’ll give all of this away. Then, my son and I make our plan to eat the rest.

I like to read in parallel. Currently, I believe I am reading three main books, I think. The first is Bruce Campbell’s Further Confessions of a B-Movie Actor. I love autobiographies. I think the semi-famous make some great books. They have interesting lives. They are down to earth people like you and me while having been around the larger celebrities. They give good perceptions of both worlds.

The second is How to Listen When God is Speaking by Mitch Pacwa. I’m a pretty spiritual guy so I like to read these insightful and helpful books. There’s always more to what we experience, and to be honest, there is more to us than how we act and exist day-to-day.

The last is Game Programming: All in One by Jonathan Harbour. I was involved with and still make video games. It is an old book. Once in a while I like going back and seeing where video games were. Surprisingly, I still pick up tricks and ideas to relay to others.

Looking at this list, I think they all can be said to be insightful. I guess that is what I get/like most from reading. You get to go deeper into something or someone in an entertaining fashion. That exploration can be rewarding.

Although, I think that I feel the irony a little. I’m not reading any fiction at the moment.

I keep dropping hints to my wife about going on a cruise. I don’t think she is going for it. Maybe she just doesn’t want to get stuck on a ship.

I like the idea of going places and then having the option to go ashore or stay in the hot tub. Plus, buffets! Maybe it is better for my waistline to do something else. Perhaps a hiking trip is better served.

My son and I almost always get pepperoni and black olives. They’re great. I I’d throw in sausage and mushroom, too. Maybe a little onion? But pineapple, come on. Why ruin these wonderful savory tastes with sweet? I’m kidding, but I’d prefer to put the pineapple in a bowl and eat it after I am done with the pizza.

My son would have me buy a car, like a Lamborghini. I’m so cheap that I would try to resist and think it’s a waste. If I got it though, I would probably love it.

If it were purely my choice, I would throw a gigantic party somewhere warm with all of my past and present friends. I would then pay for everyone’s airfare, food and housing. We’d stay and hang out until the money ran out. Then, back to work.

I had a great teacher for Earth Science. His name was Mr. Lingenfelter. In fact, he was one of the two best teachers that I had in my entire schooling. I liked almost all the science classes that I took. My teacher made the class material even better. There were so many different topics in that course. It was hard to get bored. 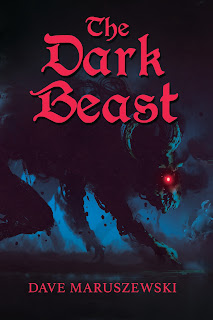 Recently knighted squires Raven, Romda, and Ravai are tasked to help a nearby priest. However, this simple errand turns into much more. They cross paths with the Dark Beast. After that brief encounter, they soon realize the Beast’s plans to destroy an entire town. They journey to this town, meeting residents who tell large tales about the Beast. How much of stories are true? The three will find out. The Dark Beast is coming.

The Dark Beast lunged toward Agnew and grabbed him, but his hand smashed into something. The wizard had put up as a barrier, invisible to the Beast.

“A nice spell,” the Beast said, “but there are ways around it, as well.” “It will be too late,” the wizard said. He then shot out a large burst of blue energy. The Beast jumped out of the way, grabbed onto one of the rafters, and did not come back down.

“Do you know what your problem is?” the Dark Beast asked.

“No,” the Dark Beast continued, “even in my form, you are more than my superior. You have great power.” Agnew almost seemed pleased to hear this.

The Beast continued explaining. “However, you are too vain and unwilling to get your hands dirty. No one turned me into the beast that you see before you. I chose to do it. It made me stronger. You would never do it.”

The wizard released another blast, almost missing, but indeed striking the Dark Beast. He fell to the ground.

“It would appear that you have overestimated yourself,” Agnew proclaimed. “I stand above you, and you are defeated.”

The Beast looked up and said, “But you won’t touch me, will you, even if I am dead?”

“Of course not,” Agnew replied. “That is why I have guards.” He raised his hand to give the final blow.

The Dark Beast rolled and smashed another vial on the ground. The mist penetrated Agnew’s shield. When he smelled it, he immediately got sick and tried not to vomit.

The Beast slowly rose with a glare aimed directly at Agnew. The Beast was unaffected. His form was resistant to the sickly fumes. 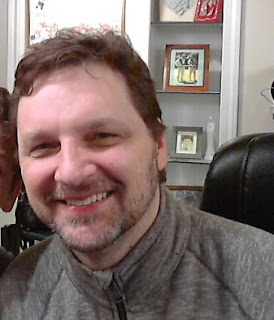 Dave Maruszewski is blessed with a great family. He was originally inspired to write stories by his wife and son, when they encouraged him to put his bedtime stories on paper.

His stories are created from an accumulation of experiences from careers/backgrounds as a physicist, engineer, teacher, artist, video game designer and software developer. He strives to develop stories with sound moral values that will be enlightening as well as entertaining to youths and adults.

In between writing stories and running his own company, Digital Tumult (DigitalTumult.com), Dave enjoys video games, watching internet videos and hanging out with his family.