This post is part of a virtual book tour organized by Goddess Fish Promotions. C. W. Allen will be awarding a $25 Amazon or B/N GC to a randomly drawn winner via rafflecopter during the tour. Click on the tour banner to see the other stops on the tour. 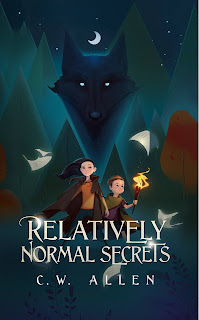 Like most siblings, Tuesday and Zed don't always get along. Unlike most siblings, their arguments are over things like whether their parents are hiding a life of crime, or are simply the weirdest adults on the planet. When they decide to go on the hunt for some solid evidence, things get weirder than ever: two thugs with shape-shifting swords show up, their dog shows off some tricks she definitely didn't learn in obedience school, and even their treehouse turns out to be more than meets the eye.

Their escape leaves Zed and Tuesday stranded in a land where robots and holograms live alongside quaint medieval villagers and soldiers on horseback. Soldiers who insist their father is a disgraced fugitive, and their dog a legendary monster.

If they ever want to see their parents again, they'll have to learn to work together. After all, they've got a mysterious code to break, secrets to unlock, bandits and soldiers to outwit, and a rowdy dog whose antics are getting more outrageous by the minute. Even if they manage to evade the eerie secret police and uncover enough clues to figure out what's really going on, they're not sure they're going to like the truth.

Zed and Tuesday will have to decide who to trust and what really matters, or they'll never get back to normal (whatever that is.) Because when it comes to normal, everything is relative.

Their father was fond of saying the dog had not managed to learn anything in the years that followed, but that was not strictly true. While it was true that she did not come when called or sit on command, the dog had in fact learned many tricks. Nyx had learned quite early on, for example, how to help herself to the contents of the refrigerator. No one was quite sure how an animal without thumbs was capable of opening a refrigerator door, since she had never been caught in the act, but an entire ham doesn’t simply get up and go for a stroll during the night, now does it?

Zed imagined some people would consider it normal to take a dog along to run errands—as long as the dog could fit comfortably inside a purse, that is, or at the very least wait patiently in the car. But Nyx was neither tiny, nor well-behaved and patient. She was, in fact, huge. Her bristly black fur and legs that seemed much too long for the rest of her frame made her look like a gigantic hairy spider. His mother spent nearly every moment in the dog’s company, and whenever she needed to go inside the grocery store, or post office, or other location where dogs are generally unwelcome, she brought Nyx along to wait in the car for her return. Nyx made use of this time by bouncing anxiously from seat to seat, smearing her nose on the windows. 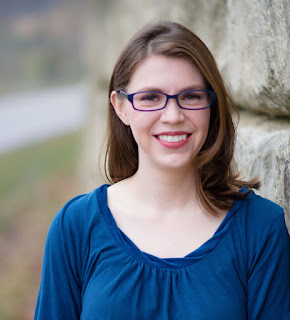