This post is part of a virtual book tour organized by Goddess Fish Promotions. David E. Gumpert will be awarding a $25 gift card to Garrett Popcorn, then a Water bottle with Chicago flag for a second winner, and a Mug with Chicago flag for a third winner, all randomly drawn via rafflecopter during the tour. Click on the tour banner to see the other stops on the tour. 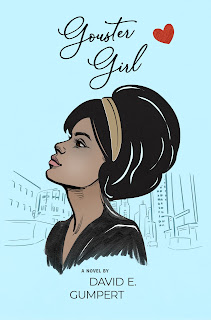 Gouster Girl is the coming of age, risky affair between Valerie Davis a cute black girl from the South Side of Chicago and nerdy white Jeffrey Stark.

While the two are somewhat smitten they are late to realize that falling in love on Chicago’s South Side in 1963 is a highly risky business for an interracial couple.

Opportunities arise for both of them to help one another out of tough fixes—he saves her from attack at an all-white amusement park and she saves him from injury in a racial brawl at their high school. But as their romance becomes more serious, so do the racial dangers. White police target Valerie as a prostitute and black gang members see Jeffrey as trying to sexually exploit a black girl. Seemingly inevitably, the blossoming romance collides head on with the realities of Northern-style racism one hot summer afternoon at one of Chicago’s most beautiful Lake Michigan beaches, when a racial protest turns ugly, confronting the couple with terrible choices.

You wouldn’t think getting to wear a white cloth belt that looped over your right shoulder and around your waist and standing on a street corner each morning and afternoon to let other kids pass during breaks in traffic would be such a big deal. Nor would you think it could highlight racial problems. Being a patrol boy always was a prestige position, as such things sometimes are for young kids. But it seemed to be a position available to any seventh or eighth-grade boy who wanted to volunteer.

Somehow that changed when Tommy Sullivan, a skinny brown-haired neighbor kid also in the seventh grade, set himself up as the patrol boy kingpin. The thing I remember most about Tommy’s appearance was that he walked pigeon toed. Because it looked a little strange, it might have become something to make fun of for some kids. But Tommy had a certain attraction, call it charisma, that made his strange gait part of his coolness.

Tommy used his coolness to accept or veto patrol boy candidates. To become a patrol boy, you had to be on Tommy’s good side or he’d pass you over, no matter how badly you wanted the job.

Maybe I remember it so well because of what Tommy did to Tyrone Lamond, who was in my class. Tyrone was a smart Negro kid, a budding Ivy Leaguer, who hung out with Nate and me during recess and gym. When Nate and I became patrol boys, Tyrone decided he wanted to be one as well. Usually it was just a matter of one or two patrol boys giving Tommy the word that a friend wanted to be a patrol boy and, presto, a fresh rolled up white belt appeared and a street corner was assigned.

But when I mentioned Tyrone wanting to be a patrol boy to Tommy, he didn’t just grin and nod his ascent the way he usually did, but instead hesitated. “I’ll think about it,” he said, and walked off in his pigeon-toed walk.

Over the next couple weeks, I savored being a patrol boy. It’s difficult to explain the boost in status I felt standing on the street corner down the block from our apartment, proudly wearing my white belt and signaling other kids to either stop or walk ahead. One of the kids I’d wave through each morning was Tyrone.

“We need you patrolling over on East End,” I’d tell Tyrone.

“Yeah, that would be neat,” he nodded, and a broad smile creased his light brown face, made handsome by a broad forehead and high cheekbones.

But when no word came from Tommy during those two weeks, I inquired again about Tyrone, this time with Nate at my side in the gravel school yard. “I told you I’d think about it,” he said to me, looking down and kicking gravel around, a hint of irritation in his voice. “I’m still thinkin’.” And off he walked in his awkward gait. 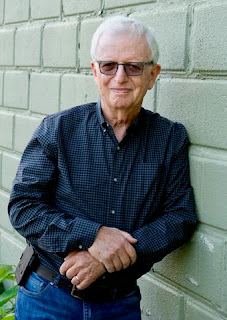 David E. Gumpert grew up on the South Side of Chicago, in South Shore and Hyde Park. In the years since graduating from the University of Chicago, he has attended Columbia Journalism School and worked as a reporter for The Wall Street Journal and an editor for the Harvard Business Review and Inc. magazine. He has also authored ten nonfiction books on a variety of subjects—from entrepreneurship and small business management to food politics. His most prominent titles include How to Really Create a Successful Business Plan (from Inc. Publishing); How to Really Start Your Own Business (Inc. Publishing); Life, Liberty and the Pursuit of Food Rights (Chelsea Green Publishing), and The Raw Milk Answer Book (Lauson Publishing).

He spent ten years in the 1990s and early 2000s researching his family's history during the Holocaust. The result was a book co-authored with his deceased aunt Inge Belier: Inge: A Girl’s Journey Through Nazi Europe (Wm. B. Eerdmans Publishing).

He spent much of the last half-dozen years going back to his own roots in Chicago to research and write the historical novel, Gouster Girl. While some of it stems from his own experiences growing up in South Shore and Hyde Park, he also conducted significant additional research to complete the book in late 2019.