In Between Days by Anne Jamison

This post is part of a virtual book tour organized by Goddess Fish Promotions. Anne Jamison will be awarding a $25 Amazon or B/N GC to a randomly drawn winner via rafflecopter during the tour. Click on the tour banner to see the other stops on the tour. 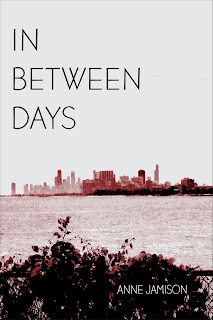 (And the first semester isn’t even over yet.)

The Jocks with their pastel Izods. The Barbies. The loser Burnouts.

High school in the 1980s had rules. Barbies and Jocks can mix. Barbie cheerleaders steer clear of the losers. Punks want to burn it all down.

Samantha Ward doesn't love the rules, but she plays to win. So when a snarky Burnout goes after her in a face-off, of course she fights back. Of course she fights mean. She may not get his sex joke, but she knows he made one. About her. In front of the entire cafeteria. And what's worse, she feels a tingle when she looks at bad-boy Jason.

How could she know her mean girl put-down would launch a war? Or that the school she knows hides a darker world she never even dreamed of?

In Between Days is a pitch-perfect story of first love, friendship, and enemies; of loyalty, betrayal, and the power of secrets. This darkly funny, suspenseful tale is perfect for fans of The Outsiders and The Breakfast Club.

"GRIPPING AND UNPUTDOWNABLE." --Christina Lauren, international bestselling authors of Dating You/Hating You “THIS WAS a bittersweet tumble into eighties high school nostalgia, with all the angst, sexual tension and emotional confusion involved with first love, and so well done it was a non-stop read to the end.… (Oh, and one of the best first kisses I have EVER read...),” says one reviewer

This is a historical novel that contains period language that is, and was then, and should be, offensive.

Samantha realized he’d been listening, and he knew Samantha was totally confused. Jason and his slimebag friend Skinny knew what everyone was blushing and leering and laughing about. They knew, she didn’t know, and they knew that, too.

It got worse. Jason Devlin’s gaze, it had some kind of weight to it. Samantha felt her breath quicken, hated herself for it. It only lasted a split second.

She wouldn’t look at those boys again.

But they were looking at her, and they could tell something. “Looks like Teen Barbie is already checking out the swim team, dude.” Skinny nudged Jason in her direction.

She whipped around to face him. “Drop dead, loser. Was anyone talking to you?” It wasn’t the best line, but wasting good lines on burnouts just looked desperate. People like Skinny were best crushed like bugs.

Dave Watson turned back toward Samantha—angry, but not at her. “Are these losers bothering you?”

Samantha barely knew Dave but that was how it worked. She and her friends were more swim team territory than burnout territory. They’d get protection just on principle. Something about this bothered Samantha more than even Skinny Nowlin did, but she couldn’t put her finger on what. It hovered there for a minute, something not quite seen from the corner of an eye, and then was gone. And she had more than enough to worry about that she could see.

Skinny slouched further into Jason with a smirk that seemed like it might crawl right off his face and slither toward her. Jason drawled, “We just felt these young ladies should know that the swim boys aren’t necessarily the best divers in the school.”

Samantha could feel Jason Devlin’s eyes were on her like she was on display. Which, in a way, she was. It was what lunch was about. But for most of the school, Samantha and her friends were strictly look but don’t touch.

Jason Devlin’s gaze made her feel more than touched. Undressed, maybe. And Skinny Nowlin made her feel even worse. Like fingered. In public. Without her consent. She hated it.

Samantha was staring at her chicken breast with teriyaki sauce as if it were the last thing in the universe left to see except Jason Devlin’s eyes. Dark eyes. Darker under a long, low, slanty fringe of dark hair that slouched over his eyes like he slouched over her, over Skinny, over the entire lunchroom. Like his hair had been studying carelessness to cover for his eyes, which had a sharper edge to them. 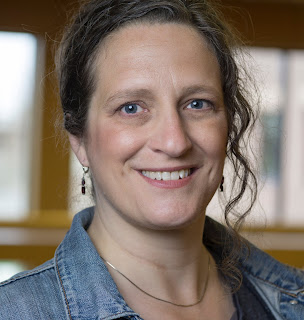 Anne Jamison is the author of three critical books, including Fic: Why Fanfiction is Taking Over the World. She lives in Salt Lake City with her dogs, her son, and an avant-garde poet. She is an English professor, but not the kind that corrects your grammar (unless she is actively grading your paper). In Between Days is her first novel.

Buy In Between Days: