This post is part of a virtual book tour organized by Goddess Fish Promotions. Rayna Noire will be awarding a Kindle Fire (US only) or $50 Amazon GC (international) to a randomly drawn winner via rafflecopter during the tour. Click on the tour banner to see the other stops on the tour.

A forest ranger because I love being out in nature What would you write in a letter to your teen self? Enjoy your current time. Accept yourself. You’re okay just the way you are. 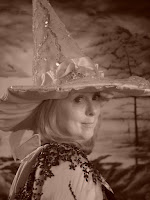 Buy the book at Barnes and Noble or Amazon.