This post is part of a virtual book tour organized by Goddess Fish Promotions. Belle will be awarding $50 Amazon or B/N GC to a randomly drawn winner via rafflecopter during the tour. Click on the tour banner to see the other stops on the tour.

I’ve always like Young Adult fiction, because it has always spoken to me since I’m still young myself. I also wanted to create a new sub-genre within the YA mold because it seems that there are books for 10-14, and then 16 year olds, then nothing for us 20-somethings that isn’t Harlequin Romance. I am drawn to the more relatable characters and issues that they face as opposed to older geared novels.

Harry Potter series, hands down! It was my first series to read, and that’s when I discovered that one book stories just weren’t my thing. I loved growing with the characters. I also enjoyed the Series of Unfortunate Events, Crank series, and most recently the Divergent Series. I grew with Harry and his friends, then got to be a part of a family with the Beaudelaires and then got to see the end of the world with Divergent.

I want the ability to read minds! Gosh I wish I knew what people around me were thinking, just for morbid curiosity! I never know what people are thinking in that I cannot read faces to save my life. If you tell me you like something, I’ll just believe it and not question it at all. It would be so much easier.

I really loved this odd show called The Big Comfy Couch and Out of the Box when I was young. Then of course Spongebob became my favourite before too long, along with Danny Phantom (which was cancelled way before it’s prime!). I like Degrassi: The Next Generation, too, in my teens because it was so relatable. Friends, Third Rock From the Sun and Will & Grace are STILL my favourites!

Chelsea, hands down. She’s the woman I have always wanted to be: strong in the face of danger, and she has the ability to believe in herself when no one else does. I still have doubts to this day about even the littlest of things that shouldn’t bother me. Chelsea doesn’t have that at all; she knows who she is and she gets what she wants.

Just cheese and pepperoni for me. I’m very basic in the foods that I like. I can’t stand twenty toppings on my pizza! It ruins the flavor in my opinion.

My dream house, with a huge two story library complete with those ladders that slide down the rows of books. I would buy and pay off the ultimate house, and then if there was any leftover, I would purchase my dream car and maybe something for my husband!

AP English, which I was able to take all four years. I loved every minute of it. We were treated like adults, got to read at our own paces, and got access to books the normal kids didn’t. I learned to love (and loathe some of) the classics, and understand nuances in the old ways of writing. I would take it over and over again if I could.

Chelsea and Chad are twin fire and water elementals, humans born with the ability to control the elements. Chelsea struggles to control her flames, while Chad finds himself under the control of dangerous people. War draws near, and brother and sister must choose a side, even if it’s against each other.

Chad’s anger was growing as we drove on, forcing the temperature in the car to drop lower and lower. I knew if I tried to heat it up, he’d just get angry, so I forced myself to ignore it as best as I could. If I closed my eyes, I could see all of the events unfold in front of me again. I could see the fire raging through the upstairs hallway, burning every ounce of memories away. I could hear my father’s voice telling us to hurry out of the house, so calm and steady. I could see my father placing his hand to the random outlets in the house as we ran out, setting them ablaze without a thought. I could smell the smoke as it rose throughout the house, making it hard to see as Chad and I ran down the stairs and out the door.

I’d gotten out of the house a full two minutes before Chad had. I thought that he’d fallen and I had left him behind. But he had burst through the front door, flames on his heels and plastic bag in his hand. It was a small sandwich sized bag with a big wad of money resting inside of it. Then we’d heard the sirens, and Chad somehow knew what to do. I did what he said and ran to his truck, jumped in and waited.

We finally pulled off the highway and I realized where we were going: Steve’s house. My heart skipped a beat and I finally relaxed. We were going to our backup home, to safety. I looked at the cookie-cutter houses, towering in their red-bricked glory. Then Steve’s house came into view. This was the home that Chad and I would flock to when our dad would work late. Steve wasn’t like us, but he was a good friend of Chad’s who didn’t judge us for our secrets. His parents liked us enough that we had spent the night over there quite a bit when we were younger. And within the last few months, Steve and I had secretly grown closer. But now, Chad and I were on the run. I had ruined everything. 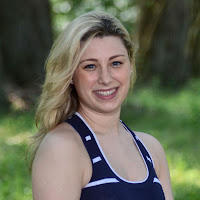 Born in Louisiana, Belle Manuel spent her early years learning to be a good Cajun girl before moving to Texas. She visits Louisiana often, enjoying the quiet break from the active Texas life. When not writing, Belle enjoys crochet and crossword puzzles. Her debut novel, Fire, was released July 1st of this year.

Belle first began writing in middle school, where her first writing job was getting paid by other students to write stories for them. She enjoyed turning their random requests into interesting stories, and the money she made helped fund her reading habit.

Fire began with an idea, but quickly took on a life of its own and changed as Belle wrote it. With all the adjustments and improvements, it eventually evolved into The Elemental Series.

Buy the book at Amazon, Barnes and Noble, Kobo, or Amberjack Publishing.