This post is part of a virtual book tour organized by Goddess Fish Promotions. Steven M. Cross will be awarding a $25 Amazon or B/N GC to a randomly drawn winner via rafflecopter during the tour. Click on the tour banner to see the other stops on the tour. 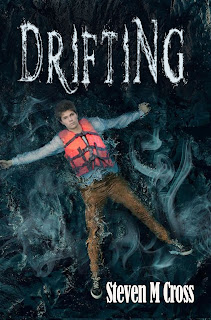 Dean Knight has struggled against his personal demons for as long as he can remember. He thought he lost that struggle when he felt their knowing grip pull him deeper in the river, but he was saved. Saved for what? His memories are trapped within his mental illness. He hears his sister and father’s voices. The problem is, they’re dead, both killed in the same river that tried to claim Dean. As he struggles to remember, he discovers their voices aren’t pushing him to harm himself, but to discover the truth surrounding both their deaths. One person, Ella, has all the answers, but Dean can’t remember if she loved him or tried to kill him.

Roxanne “Rocky” Rivers struggles against her own demons, not voices, but a past trauma she can’t fully remember. She only knows everyone at school thinks she’s a slut and a head-case. A razor her only release for the pain. Rocky knows no one will believe a crazy girl who tries to kill herself.

Dean and Rocky find a connection. Can they find the strength and trust to help each other when neither can survive alone?

The police won’t get here before he kills me. My mom stirs, reaches into her pocket, gets some keys. She reaches for the table she just tripped over.

So this is the way it’s going to end? My mom gets away while her insane boyfriend murders her insane son. Instead of fleeing though, she slips the key into one of the small drawers on the coffee table.

A crazy thought enters my head. She’s getting one of her bottles, and this has been an elaborate ruse so they can kill me and then celebrate. They’ll say I attacked him, and the police will believe it.

Danger to self and others.

She’ll get my money. He steps in front of me with his fists balled. This guy’s going to beat me to death while my mom drinks.

In the distance, sirens shriek. They won’t make it in time. I can imagine the red lights reflecting in pools of—

Blood spatters my face and foams from his mouth opened in a big O of surprise. He drops to his knees. Through the broken glass, I see cop cars flying up our road.

A gun drops from my mother’s hand.

I wonder if the bullet has gone through Paul into me, but I don’t feel any pain. He coughs again, blood gurgles from his mouth. He crumples to the floor.

The police burst through the door with guns raised just like on a cop show, only it couldn’t be any more real. 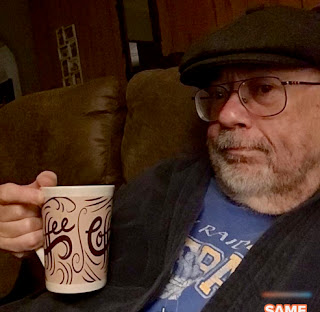 Steve Cross is an educator/freelance writer who lives in Poplar Bluff, MO. His credits include four young adult novels, two fantasy novels, and seven plays. He has optioned one script and sold another one. Plus, he's finished as a quarterfinalist in Bluecat and in Fresh Voices screenwriting competition. He and his wife have one daughter and two grandchildren with whom they spend a lot of time. Cross loves Cardinals baseball, classic rock music, and character-driven movies. His favorite films are Dead Poets Society and Field of Dreams. Cross also likes to read, everything from Young Adult contemporary novels to screenplays, to horror and fantasy. At 62 and a cancer survivor, he believes his writing career is just now getting into full swing. His favorite type of screenplay to write is a psychological drama.