Dance with Me by Judith Crow

This post is part of a virtual book tour organized by Goddess Fish Promotions>. The author will be awarding a $10 Amazon/BN GC to a randomly drawn winner via Rafflecopter. Click on the tour banner to see the other stops on the tour. 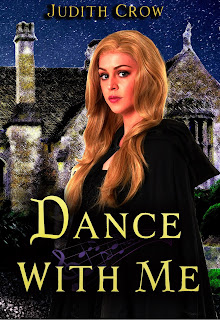 Don’t tell anyone, but Kelli spends all her free time listening to folk music. Ok, it’s not what you’d expect from a popular fifteen-year-old, but that’s why she doesn’t want the whole world to know.

When Kelli follows the mysterious Tam Lane, she finds herself in a place where folk songs come to life. As she comes to terms with the world, she makes friends, uses her privilege to help others, and even falls in love.

But Kelli has forgotten the fates which await so many characters in the songs, and she soon finds herself surrounded by heartbreak. Determined to protect the people she has left, can Kelli change a fate which has been sung for centuries?

This is an interesting book. Kelli is a bit of a loner with parents and a brother who are unengaged. She loves folk music, especially the ballads of Scotland.

Each chapter begins with a snippet from a particular song, and the portion of the story goes along with that particular ballad. The concept is intriguing and, although I knew several of the songs, there are others I would love to look up now that I have finished the book.

It is defintely a fantasy with Kelli leaving the every day world to live in Carterhaugh, the fictional setting for the meeting between Tam Lin and Janet (sometimes Margaret) in the ballad "Tam Lin". Enjoy the journey through time to discover if Kelli decides on the real world or the fantasy world. 4 stars.

“So, what is Carterhaugh?”

“It’s in the Scottish borders,” he replied. “You must have heard of it before, Kelli.”

Kelli thought about it. The name sounded familiar, but she knew nothing about Scotland to speak of, and certainly nothing beyond the visitor attractions in Edinburgh. “I’ve heard of it, but I don’t know where.”

“Well, it’s a kind of gateway,” Tam explained. “There are beautiful gardens, and the land is very fertile so it is said that any seed to touch the earth will grow into the greatest of its kind. It was the birthplace of the ancient kings.”

“What does that have to do with me?” Kelli asked. “Or with Jehovah’s Witnesses for that matter?”

“Nothing at all,” Tam replied. “But you must have asked about it for a reason.”

“Yes, I did,” Kelli said, thrusting the magazine back into Tam’s hands with her thumb marking the last page. It fell open as Tam took it from her, and a picture of smiling children covered most of the back page, with the title ‘Bible Questions Answered’ and a small amount of text.

“It was there!” Kelli said, a shiver running down her spine. She flicked through the magazine, but the page was nowhere to be seen. “It was there. There was a picture of a wood and a river.”

“That is Carterhaugh,” Tam said. “The birthplace of kings. You should go there. You’d like it.”

“How would you know?” 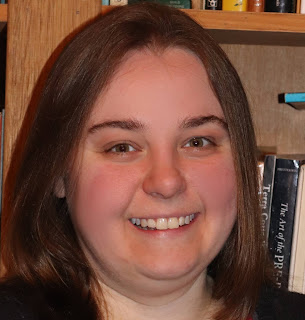 Judith was born in Orkney, grew up in Lincolnshire and now lives in the far north of Scotland. Her writing is inspired by the experiences of her life so far and she loves picking up on quirks and immortalising them in fiction.

Judith’s new book, Dance With Me, combines her love of folk music and creative writing, and finds her main character in a world where folk songs come to life. Her debut book, The Backwater, was a finalist in the Wishing Shelf Book Awards 2019.

When she isn’t writing, Judith is a primary school teacher who enjoys crafting and music, as well as being a generally doting spaniel owner.