This post is part of a virtual book tour organized by Goddess Fish Promotions. Debbie L. Richardson will be awarding a $20 Amazon or B/N GC to a randomly drawn winner via rafflecopter during the tour. Click on the tour banner to see the other stops on the tour. 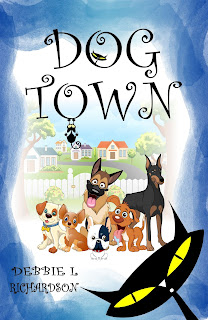 Harry loves to race around the streets of Dog Town. When he stumbles upon the lost city of cats, he finds himself in a race against Dog Town’s fastest canine, Grizzly.

The winner of this race will have the power to save Cat World, or destroy it.

Harry wants to win, but there is one small problem. The race is in the ocean, and Harry is terribly afraid of water.

Can Harry overcome his fear of the water and save Cat Town?

Harry spied the bell of the clock tower over the treetops. He heard the bell strike the first of twelve chimes.

“First place, here I come,” he whooped with delight.

“First to the finish line has to take a bath,” Fleabag shouted, right on his tail.

“At least we can tolerate a bath,” Junior cried out, though from further away.

Junior was talking about Harry’s phobia – called ablutophobia, a fear of water. Harry suffered terribly from it. He was even afraid to get too close to his water bowl in case it tipped over. And he never bathed. His brown coat could very well have been white underneath the dirt for all anyone knew.

He could see no point in bathing anyway, because he often rolled in something filthy afterwards.

Even now, the thought of water made Harry look up at the sky. Above was a wide expanse of blue without a cloud in sight. Just the way he liked it.

Sneaking a look behind him, he saw Junior trailing behind in third place. Junior’s attention was more on the traffic than on the race. But Fleabag, who was in second place, was gaining on him. She was competitive, probably more competitive than Harry, yet something other than competitiveness propelled Harry forward. Harry was the champion racer, and he’d been the champion racer for two years. He wasn’t about to quit and give up the title. 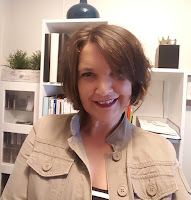 She was born in Dublin, Ireland and grew up in Australia. It was always crowded and noisy in the family home. At one stage there were also three dogs, a cat, a budgie, and three mice living with seven people the same house.

Debbie learned to find a quiet space within books.

She now lives in the south coast of New South Wales with her husband and a small dog named Teeka.