This post is part of a virtual book tour organized by Goddess Fish Promotions. David will be awarding a $20 Amazon or B/N GC to a randomly drawn winner via rafflecopter during the tour. Click on the tour banner to see the other stops on the tour. 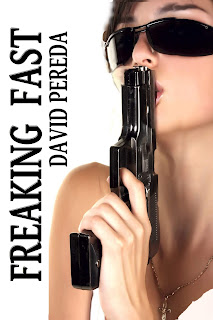 The city is Asheville, North Carolina, and the year is 2066. As renowned mathematician Alexandra Martin travels in her self-driving car to assassinate the love of her life, she reminisces about how they met and fell in love fifty years earlier in middle school when she was a thirteen year old poor math whiz and he a wealthy teenager. Alex recounts her struggles to be admitted to the best private school in the county, her happy teenage years running track, and her close relationship with three handsome and charming boys: Xavier, the intellectual; Andrew, the golden boy; and Vitali, the suave foreigner. One by one, she visits the three boys of her youth, now successful professionals in their sixties, one of whom is her intended victim.

The road curves away but Andrew keeps the car on a straight line, riding on the well-manicured lawn, heading at dizzying speed toward the trees. I glance at the speedometer. We are going at 135 miles an hour already and gaining speed. We’re going to crash. My heart is beating so fast I think it’s going to break through my ribcage.

The best-laid plans of mice and men often go awry, I’m thinking. I’m never going to carry out my plan. In a few more seconds I’m going to be dead, together with Andrew.

Fifty meters from the trees, Andrew pulls on the stick shift and, suddenly, we are flying. What? Wings have sprouted from the door panels and a tail has emerged from the rear. Andrew pulls hard on the stick, so we can clear the trees. I quickly calculate the angle of ascension as my head flattens against the back of the seat. Estimating the distance to the tree line and the height of the trees, I use the Pythagorean Theorem to gauge the hypotenuse: the angle of ascension is forty-five degrees, maybe even a tad more. That’s steep.

Are we going to make it?

‘Yeah!’ Andrew yells with excitement as he steadies Kitty. ‘Was that a rush, or what?’ He glances at me and starts laughing. ‘You look pale, Alex.’

I don’t remember Andrew being this crazy. He was always a little bit on the wild side, but this is not a little; this is a lot. I gasp for air and try to recover my composure. I can’t talk just yet. We are flying at about 500 feet above the ground. The lake looks beautiful below us. I check the speed – 220 miles an hour. Kitty is slicing through the air with hardly a sound, like a gust of wind.

‘This baby has a cruising speed of 300 miles an hour,’ Andrew says, as if reading my mind. ‘And a top speed of 400. This is the latest prototype.’

My heartbeat has slowed down enough for me to speak. 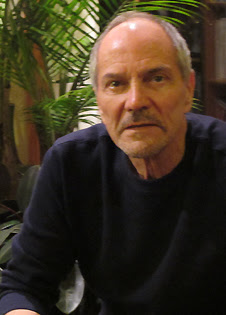 David Pereda is the award-winning author of nine novels, including Havana Blues and However Long the Night, as well as the Havana Series of thrillers featuring the dashing Doctor Raymond Peters and the beautiful but deadly Cuban assassin Marcela. He has traveled to more than thirty countries and speaks four languages. Before devoting his time solely to writing and teaching, David had a successful international consulting career with global giant Booz Allen Hamilton, where he worked with the governments of Mexico, Venezuela, Peru and Qatar, among others.

A member of MENSA, David earned his MBA from Pepperdine University in California. He earned bachelor degrees in English literature and mathematics at the University of South Florida in Tampa.

He lives in artistic Asheville, North Carolina, with his youngest daughter Sophia, where he teaches mathematics and English at the Asheville-Buncombe Community College. He loves sports and is an accomplished competitor in track and show-jumping equestrian events.