This post is part of a virtual book tour organized by Goddess Fish Promotions. The author will award a $10 Amazon/BN GC to a randomly drawn commenter via Rafflecopter. Please click on the tour banner to see the other stops on the tour.

16-year-old Aurora Darlington is an orphan. Mistreated by her adopted family and bullied at school, she dreams of running away and being free. But when she is kidnapped and dragged through a portal into a magical world, suddenly her old life doesn't seem so bad.
Avalonia is a dangerous land ruled by powerful mages and a cruel, selfish queen who will do anything to control all seven kingdoms--including killing anyone who stands in her way. Thrust headlong into this new, magical world, Aurora's arrival sets plans in motion that threaten to destroy all she holds dear.

With the help of a young fae, a magical pegasus, and a handsome mage, Aurora journeys across Avalonia to learn the truth about her past and unleash the power within herself. Kingdoms collide as a complicated web of political intrigue and ancient magic lead Aurora to unravel a shocking secret that will change her life forever.

"Today you will start lessons with me and learn to access your mage powers,” said Uncle Gabriel. “There are a few training exercises I want to start with, which will help you to access and channel your magic. I want you to have an open mind, and follow my instructions very carefully.”

I listened intently, breathlessly awaiting the secret I was so anxious to discover—how magic worked.

“You are still young and so far your powers have been diminished by the amulet, but if you have tapped into your fae magic already by mind bonding with the pegasus, that means that your powers are already manifesting,” Uncle Gabriel said.

He lit a candle and put it in front of me on the table.

“Now, our first lesson is going to be on concentration,” said Uncle Gabriel. “I want you to focus on this candle. Remove all other thoughts from your mind.”

I stared at the candle, my thoughts drifting in and out. Uncle Gabriel had said he was going to teach me to do magic. This was not magic; this was torture. My thoughts flickered back and forth like the flame on the tip of the candle. Finally I looked up.

“This is silly. Nothing is happening,” I said, getting frustrated.

“You are not concentrating,” Uncle Gabriel said, glancing up briefly up from his work. “Block out all other thoughts. If they come, push them away and keep focusing on the candle. Nothing else is of importance; your whole mind and concentration is on that candle.”

I tried again, but my thoughts wouldn’t leave me alone. Every time I looked up, Uncle Gabriel made me try again. He even changed the object of my concentration, from the candle to a smoothly polished stone, to a vase and back. I tried again and again, and every time it was the same, my thoughts came and went, flitting about in my mind, and my concentration was broken.

“Same time tomorrow, Aurora, and please practice. I expect you to concentrate on an object for measurably longer. Holding your concentration is one of the key aspects to working with your magic. You have to learn to channel your powers properly. If you can’t control your mind and will, then when you release your powers, they will be all over the place, and we don’t want that,” he said seriously. 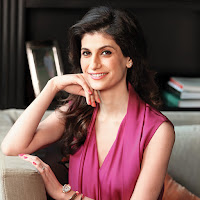 Farah Oomerbhoy is a young adult writer with a master’s degree in English literature from the University of Mumbai. Farah loves the fantastical and magical and often dreams of living in Narnia, Neverland, or the Enchanted Forest. Her debut novel, The Last of the Firedrakes, Book 1 of The Avalonia Chronicles started on Wattpad where it received a Watty Award in 2015 and over 1.5 million reads. Since publication, The Last of the Firedrakes has gone on to win a silver medal in IBPA’s Benjamin Franklin Awards, become a finalist in the USA Best Book Awards and become an international bestseller. Farah lives with her family in Mumbai, India where she can be found checking for magical portals in every closet.

Buy the book for only $0.99 at Amazon, Barnes and Noble, iBooks, Kobo, or Smashwords.