This post is part of a virtual book tour organized by Goddess Fish Promotions. The Lei Crime Series: eight novellas, by eight different authors, is based on Toby Neal's vivid and captivating Lei Crime Series.

Each week in June this tour will explore two different books in the series. This week we are kicking off with two Young Adult Suspense titles: "Fireweed Trail" by Craig Hansen, and "Never Again (Defining Moments, #1)" by Julie C. Gilbert.

The authors will be awarding a $30 Amazon/BN gift card to a randomly drawn winner via rafflecopter during the tour. Please click on the banner to see the other stops on this tour.

The Lei Crime Series is:

Hawaii is palm trees, black sand and blue water—but for policewoman Lei Texeira, there’s a dark side to paradise. Lei has overcome a scarred past to make a life for herself as a cop, but often the cases she works activate wounds and complications from her tangled family history. Lei is affected deeply by her cases even as she solves them with persistence, obsession, and intuition. She falls in love with Michael Stevens, the charismatic detective she works with, and they make a life solving crime in contemporary Hawaii with all its beauty and deadliness.

Before she was a detective...

Troubled teen Leilani Texeira is on the edge of self-destruction. As a last-ditch effort to reach her, Auntie sends her to the Fireweed Trail program, a wilderness therapy hike down the Oregon Coast Trail. Things go well until a fellow hiker turns up dead.

Damaged and fragile, Lei is pushed from inaction to one of the most harrowing adventures in her young life. Miles from civilization and help, she only has her own strength and determination to save herself from of a killer's wrath.

And instead of hiking, she's running for her life.

The breakup was just the beginning …

When college junior Alana Adams catches her boyfriend passionately kissing another woman, she promptly dumps Nathan and turns to her best friend, Michael, for advice and emotional support.

At first, Nathan apologizes and showers Alana with gifts in an effort to win her back. He tries to get her to see they belong together, but when his efforts fail, he concludes the real problem in their relationship must be her best friend.

As Alana’s rejection further sinks in, Nathan realizes there’s only one solution to their problem: kill Michael Stevens.

Julie is a writer as well as a high school chemistry teacher. She has a YA science fiction series called Devya’s Children, and a Christian mystery series called Heartfelt Cases. She enjoys warm weather, hot tea and coffee, reading, writing, teaching, building Legos, reviewing products, and listening to books on CD or audible.

You can also sign up for her newsletter ( http://eepurl.com/beYcY9 ) which may lead to free books and other giveaways. 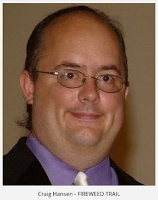 Craig Hansen wrote his first SF published short story, "The S.S. Nova," when he was fourteen. It was published in the Minnesota Writers in the Schools COMPAS program's 1981 anthology of student writing, When It Grows Up, You Say Goodbye To It. That was when he decided to dedicate himself to writing.

Hansen earned two degrees at Minnesota State University at Mankato under the mentorship of young adult novelist Terry Davis. In the years that followed, Hansen worked a variety of jobs, including five years in journalism in northwestern Wisconsin, where he earned several state awards for his writing and editing.

His work has appeared in the Meadowbrook Press anthology, Girls to the Rescue, Book 1, as well as the true crime journal, Ripper Notes, in volume 28.

His first novel, Most Likely, was released in May 2011. Shada, the first installment of the Ember Cole series of young adult paranormal suspense books, was published in September 2011. Under Contract followed in the spring of 2012. The Devohrah Initiative appeared in August 2013. Nice Girl Like You appeared in June 2014, and Spoiled is September 2014. Rotten and The Woodsman were both released in October 2014. Ripe was released in February 2015, and the KindleWorld tale, Fireweed Trail, set in the Lei Crime KW created by Toby Neal, is his most recent release.

Hansen remains hard at work on several projects that will be announced when they are close to release, on his author website.

Hansen lives in Oregon with his wife, a dog, two cats, and his 92-year-old father, a World War II veteran.

Craig's interests include the music of Johnny Cash, reading the novels of other independent authors, blogging, and the study of Messianic theology.

On his website (http://www.craig-hansen.com/ ), you can sign up to receive a periodic email newsletter that will notify you when he releases new books.

a Rafflecopter giveaway
Posted by Books in the Hall at 2:00 AM