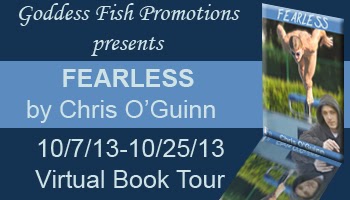 This post is part of a virtual book tour organized by Goddess Fish Promotions. Leave a comment for a chance to win a $100 Amazon gift card--the other stops on the tour can be seen by clicking the tour banner. Remember, the more you comment, the better your chances of winning.


Why YA  fiction? What draws you to it?

The teenage years are tumultuous years, which makes them fertile soil for stories. This is the weird time of life where you are transitioning from being a child to being an adult, but where you aren’t actually either one. As a teen, you’re still trying to figure yourself out. The YA genre can have wonderful cross-generational appeal. For myself and other adult fans of YA, it can take you back to those complicated, painful and yet magical years where every day was crammed with trials and tribulations. Four years of high school can seem like an eternity. But four years to an adult is the blink of an eye. So it’s really fantastic to tell a story about a young person trying to navigate high school and all of the drama that involves.

Pretend your protagonist is at school and opens his locker – what will we see inside?

Justin would like you to know that the magazine with Justin Bieber on it isn’t his, he’s just holding onto it for a friend. There’s a picture of his best friend Liam in there, the one they had taken at the Valentine’s dance with them and their dates. It’s his favorite picture in the world. His textbooks are all piled in a haphazard mess. This usually results in a bruising avalanche that his boyfriend shows no sympathy for.

My mother desperately wanted me to be a reader. I don’t know why. I don’t think she did that with my older brothers. Anyway, since I liked animals, she got me books about animals. What she didn’t know was these books usually had the animals die in some horrible way. That scared me right off reading until I was fourteen. Facing off with a massive plane ride, I got Sword of Shannara by Terry Brooks from a swap meet. That led me to David Eddings, which then had me unwisely divert to Piers Anthony and then I found Guy Gavriel Kay. I was a total Fantasy junkie.

Oh god, he would never listen to me. But I would tell him to go to college. It was never something my parents encouraged and I never thought I could, but if I had worked towards that goal, I could have done it. So that’s what I would tell him, “get your butt to college.”

I’m currently working my way through the Section Thirteen series by J.L. O’Faolain. It’s a wonderful paranormal series. The author has a phenomenal grasp of faerie lore. And the main character is a lovable Sidhe bastard who is just alien enough to intriguing.

Truth be told, I’ve never read either. But from what I know of them, I would go with Hunger Games. The hero is a kick-ass young girl, and I believe very much in female empowerment. As with people of color and LGBT people, any time we can get someone other than a white dude to save the world, it’s a good thing.

Perth Australia with my partner. Of course, I’d have to convince him to be on a plane for 17 hours, so it might not be perfect for him. But I just loved it when I visited the city a few years ago. Beautiful beaches and vineyards and such wonderful people.

What are your favorite pizza toppings?

Pepperoni, mushroom and bell peppers. Most anything really, other than pineapple. I have tried to kick-start legislation banning the use of those vile little slices of nastiness on pizza, but there seem to be Constitutional issues.

What's your playlist for your current book?

I’m not sure if you mean my dream soundtrack for the book or the songs I was listening to when I wrote it, so I’ll do a little of both. First, there’s a certain My Chemical Romance song which is basically the song for the end credits, but telling you what it is would be a spoiler. So, let’s go with….
My Own Worst Enemy, Lit
Demons, Imagine Dragons
Love is Blindness, cover by Jack White
F**kin Perfect, P!nk
You know I’m no good, Amy Winehouse
Stay, Rihanna. 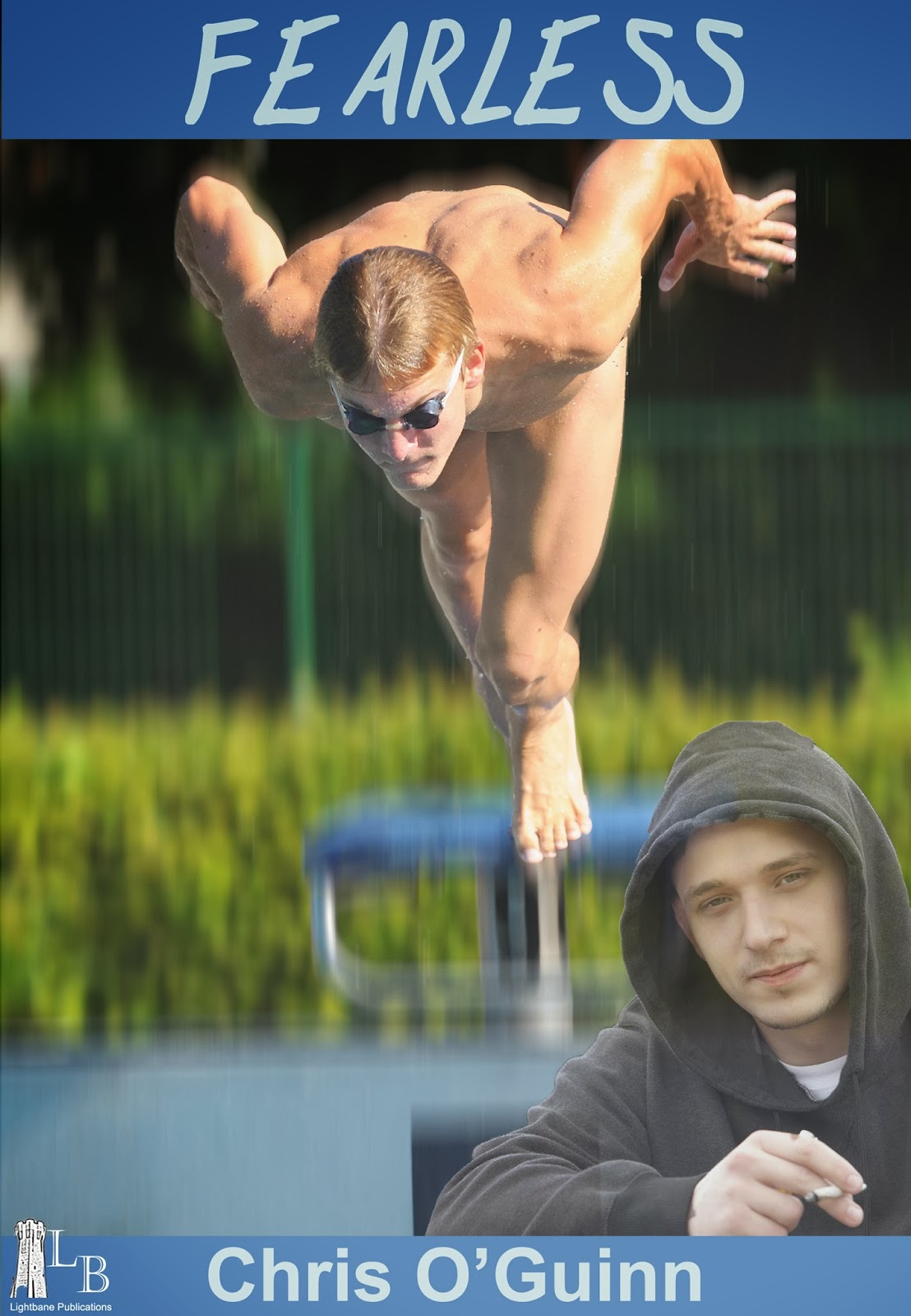 At fifteen, Justin is already a cynic. He’s experienced too many betrayals, too many disappointments. He doesn’t want to be involved in anything. He doesn’t want to be popular. He doesn’t even want friends anymore, since they only ever let you down. He just wants to get through high school and the best way he can come up with to accomplish that goal is to simply be invisible. His self-imposed exile from high school life is threatened when Liam, the scary stoner, reaches out to him. What starts out as a strange and unsettling encounter with the unnerving, pot-smoking teenager evolves into the sort of friendship that changes the course of a person’s life. But as Liam drags the reluctant Justin out of his shell, Liam’s own secret is revealed. Fearless is the story of the myriad shades of love, how to find one’s courage and the transformative power of friendship.

“If I was just going to ask some dude out, like, just out of the blue—which I totally am not—it wouldn’t be Jimmy.”

I wasn’t sure he could be trusted with my crush, but I supposed I had to stop thinking that way about everything. “This guy in my science class, Zach.”

“Ew, gross.” Snyder was a mouth-breathing Neanderthal who was always picking his nose in class— when he wasn’t scratching his crotch. “I have better taste than that, come on!”

“Then which Zach is it? I can name like five—no, six—guys with that name.”

Liam’s eyes lit up. “A senior! Wow, you really do go all out with a crush.”

My cheeks were burning. “He’s just this really fantastic guy—like, a really nice person, you know?”

“And the fact that he’s smoking hot doesn’t have anything to do with it?”

I fidgeted. “You think he’s hot too?”

“Dude, the guy is so good looking even straight guys want to do him.”

“Okay, no. I prefer admiring from afar—really far.”

Liam elbowed me. “Homecoming isn’t far off. You should ask him.”

He said it in this sing-song voice that didn’t make the idea sound any smarter.

“For one, he’s a senior and I’m a freshman,” I said, ticking the irrefutable points off on my fingers. “For two, he’s so far out of my league that I don’t have the slightest chance. For three, if I tried, I’d have some kind of seizure and die. And fourth, oh yeah, he’s straight.”

Liam grinned at me. “One, two and especially three are lame. I’m throwing them out. So, let’s talk about four. How do you know he’s straight?” 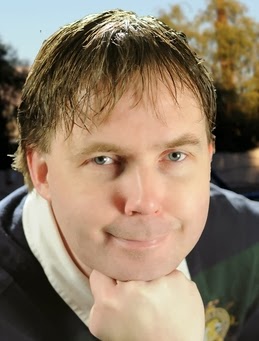 I’ve been writing since I was fifteen, not that those stories will ever be allowed out of the dark hole I buried them in. I focused primarily on the Fantasy genre for the first two decades, occasionally diverting into modern fiction. In 2010, I embarked in a self-publishing career, focusing on the young adult novel genre. When I’m not writing, I am contributing to TheBacklot.com, a gay entertainment website.

You can follow me on Facebook and you can keep up to date with my works via Lightbane.com.